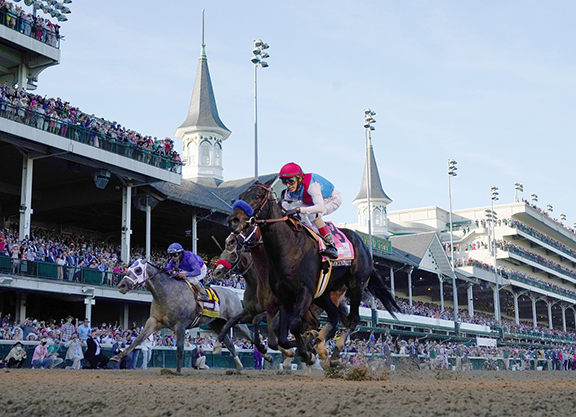 NBC Sports' presentation of the 147th Kentucky Derby averaged a Total Audience Delivery (TAD) of 14.5 million viewers as the “Run for the Roses” returned to its traditional first Saturday in May date. It represented a 54% increase from last year's event (9.4 million Sept. 5), according to official national data provided by Nielsen and digital data from Adobe Analytics.

The TV-only average audience of 14.4 million viewers topped all entertainment awards shows for the first time ever and marked NBC's most watched broadcast since the NFL Divisional Playoffs in January. NBC Sports Digital's presentation of the Kentucky Derby delivered a record Average Minute Audience (AMA) of 139,300 viewers for the event via the NBC Sports app and www.NBCSports.com.