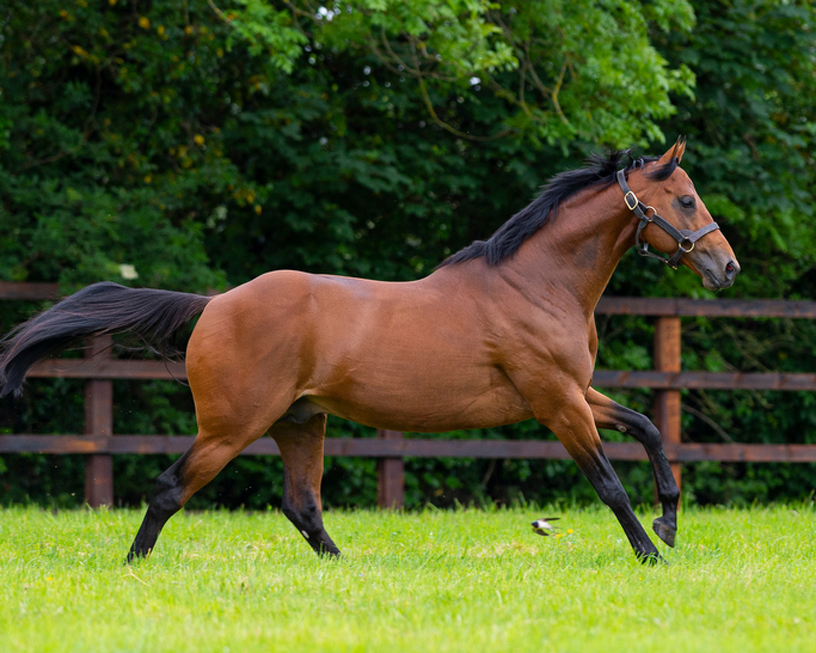 National Defense (GB), who sired a first-crop Breeders' Cup winner when Twilight Gleaming (Ire) won the GII Juvenile Turf Sprint at Del Mar on Nov. 5, will miss the 2022 Northern Hemisphere breeding season after suffering an injury while on covering duty at Widden Stud's Victorian satellite in Australia. The 2016 G1 Prix Jean Luc Lagardere winner will remain at Widden rather than traveling back to the Irish National Stud, where he was due to stand for €8,000.

“Unfortunately National Defense sustained an injury while on covering duties in Australia,” said Irish National Stud Chief Executive Officer Cathal Beale. “He is recuperating well but on veterinary advice and in the interest of the welfare of the horse we have decided it would be prudent not to travel him at this moment in time. It is an unfortunate setback with his first crop having performed with such distinction but we look forward to welcoming him to the Irish National Stud to resume Northern Hemisphere duties in 2023.”

National Defense has sired five winners from a crop of 21 this year.