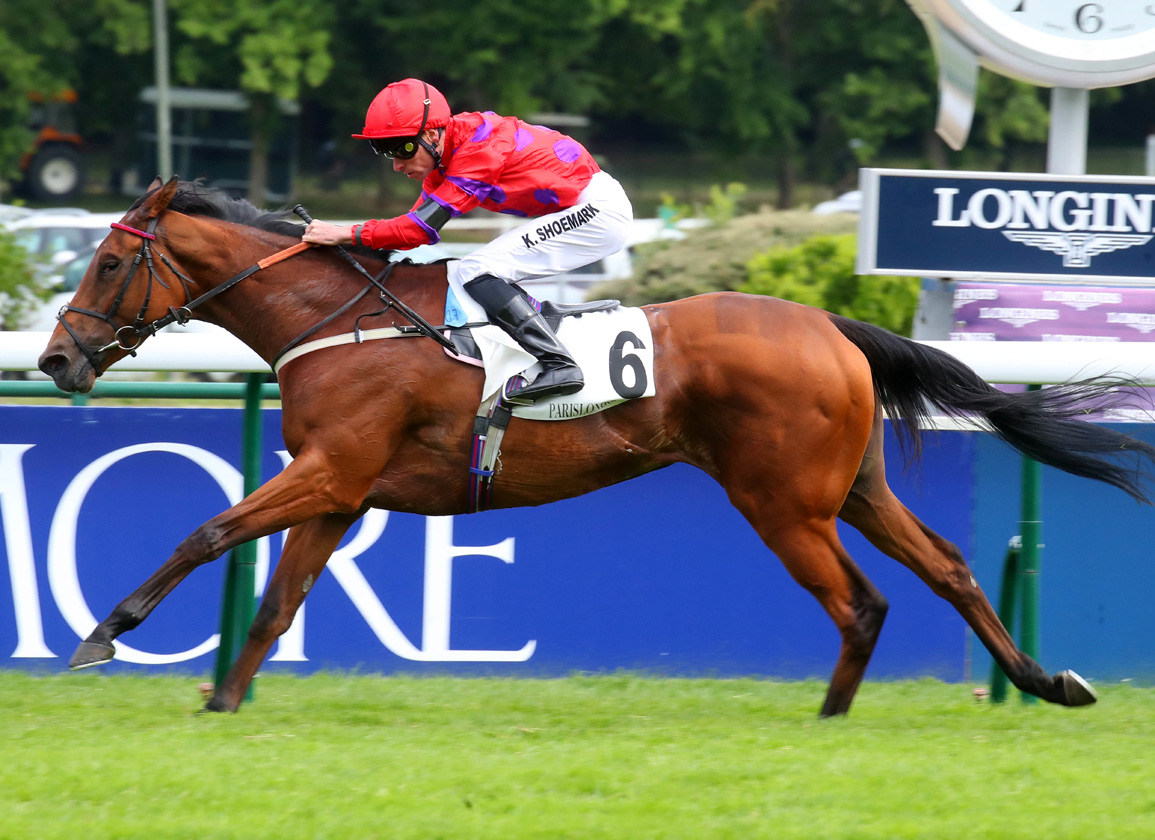 Ed Walker has earmarked the G1 Nassau S. at Goodwood for Dreamloper (Ire) (Lope De Vega {Ire}) as she bids to put a below-par effort behind her in the G1 Pretty Polly S. at the Curragh.

Dreamloper started her season in fine form with high-profile victories in the G2 Dahlia S. at Newmarket before beating the boys in the G1 Prix d'Ispahan.

While she couldn't land a blow in the Pretty Polly on Derby weekend at the Curragh, better is expected from Dreamloper when she gets her desired conditions.

“It was bad ground, it was just too soft for her,” said Walker, reflecting on the disappointing Curragh run.

“She got set alight early on, so she was a bit keen on bad ground over further than she had gone before.”

He added, “She didn't run badly but I think it was probably a warmer race than the d'Ispahan, it was a good race, the Pretty Polly, and the Nassau will be even stronger.

“She'll need to step up to win the Nassau but I wouldn't be surprised if she does, especially if it's her ground.”

Walker also has a Group 1 target for the 4-year-old filly Primo Bacio (Ire) (Awtaad {Ire}), who finished third behind Saffron Beach (Ire) (New Bay {GB}) in the G2 Duke of Cambridge S. at Royal Ascot, and will now be aimed at the G1 Falmouth S. at Newmarket.

“She ran a really good race and I think she'll come a lot for that,” Walker said. “I was very, very pleased with her, she's had an interrupted prep into that race and a few respiratory infections.

“It was a last-minute call to go there and she did us proud. I think she'll come on a lot for it and that's why we're prepared to have a shot at the Falmouth next month, that's the plan with her.”