Nando Parrado to Stand at Irish National Stud in 2022 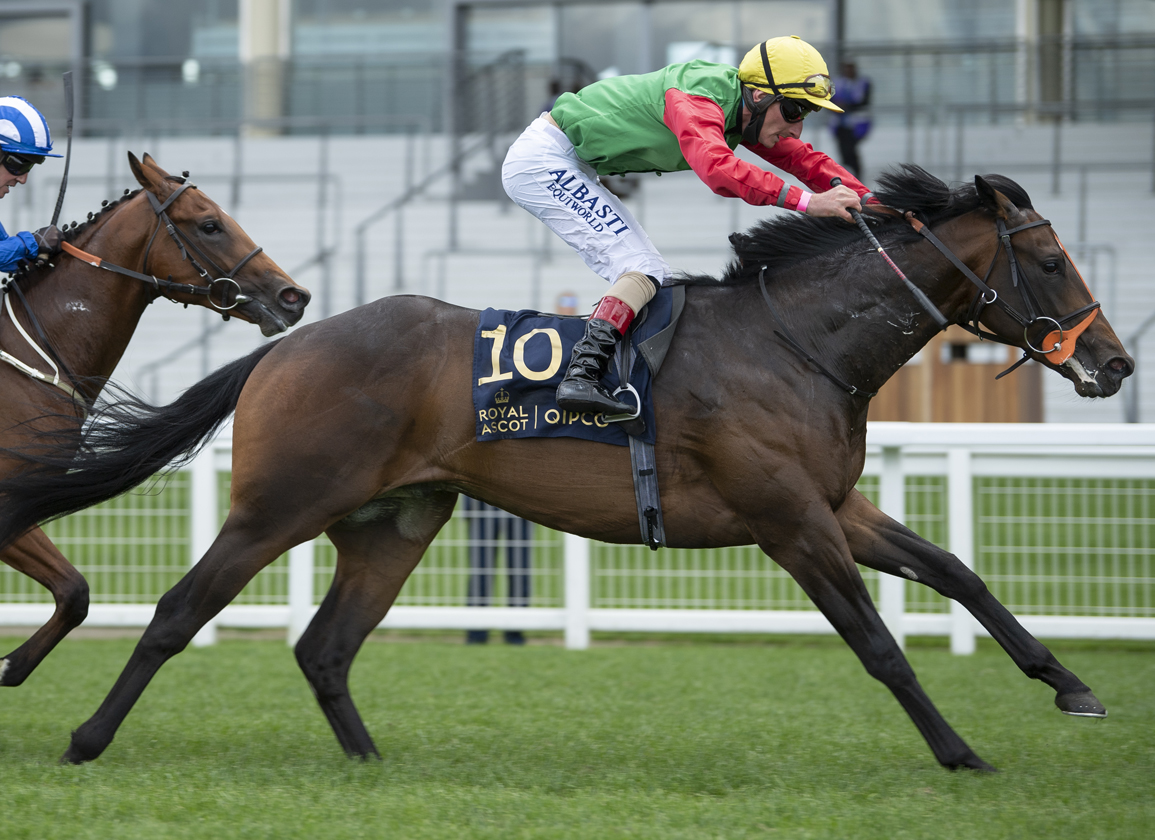 Group winner Nando Parrado (GB) (Kodiac {GB}–Chibola {Arg}, by Roy), who placed twice at Group 1 level, will retire to the Irish National Stud in 2022. A fee for the G2 Coventry S. hero will be announced later. There will also be a limited number of shares available.

Irish National Stud CEO, Cathal Beale said, “We are thrilled to be standing Nando Parrado, new for 2022. He was a precocious, high-class 2-year-old, by a sire of sires, from a great family and he is an exceptional physical. We are really looking forward to welcoming breeders to see him.”

Bred by Anita Wigan, the bay was bought by Paul and Marie McCartan of Ballyphilip Stud as a 165,000gns foal at the Tattersalls December Foal Sale, and, after RNA'ing at the Tattersalls December Yearling Sale at 200,000gns, went into training in the colours of Marie McCartan. The Clive Cox trainee broke his maiden at second asking in Royal Ascot's Coventry S. He then ran a good second in the G1 Prix Morny last August before completing the exacta in the G1 Prix Jean-Luc Lagardere.

Paul McCartan said, “For me, he was the nicest foal of the year in 2018. He was certainly the nicest foal we have ever bought. He had size and strength, a great hip, a lovely head and action to die for. We are retaining a good chunk of ownership and we will endeavour to buy some of his nicest foals in 2023.”

Clive Cox added, “Nando Parrado had shown me exceptional pace from day one. An imposing physical, he had beautiful balance and was so light on his feet, with an ice cool temperament. Nando Parrado was a joy to train, very sound and his 2-year-old performances were top drawer.”

A winner in 10 starts with $190,398 in earnings, the sixth foal out of his dam Chibola is not the only one of her offspring to earn black-type. Muntadab (Ire) (Invincible Spirit {Ire}) was listed placed in England, while Dubai Horizon (Ire) (Poet's Voice [GB}) was third in the G3 Nad Al Sheba Trophy. Chibola progressed to win a Group 3 in her native land as a 4-year-old and was also Group 1-placed as a juvenile. She is a full-sister to G1 Estrellas Junior Sprint hero Chollo (Arg) (Roy) and a half to two more black-type winners.