Home » Archive » Shared News » Multiplier to Run in the Belmont

Multiplier to Run in the Belmont 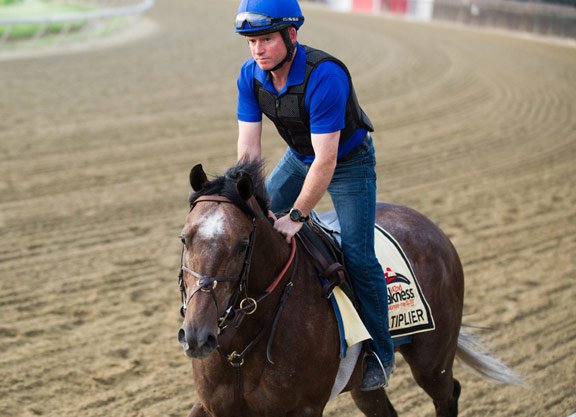 Multiplier (The Factor), winner of the GIII Illinois Derby, will run in the GI Belmont S. June 10 unless he gives trainer Brendan Walsh a reason not to, the conditioner said Thursday.

Walsh will be aboard for the colt's final work, which will likely take place Saturday at Keeneland, and Multiplier will fly out of Louisville Tuesday. Jockey Joel Rosario, who was aboard for the gray's sixth-place effort in the GI Preakness S. May 20, will retain the mount for the Belmont.

“I thought he ran well,” Walsh remarked. “He was sixth, but beaten three-quarters of a length for third, and we didn't have a very good trip. He got shuffled right back at the start. When they turned for home, he was really coming with a run. If you watch it, he got stopped at the head of the straight twice. He came back rolling again, but then it was too late.”

Walsh believes his charge is actually better suited for the 1 1/2-mile Test of a Champion at Big Sandy.

“[The Belmont] might be his race,” the trainer commented. “Even going to the Preakness, I was hoping he'd run a race good enough to justify going to the Belmont. Even though he's not really bred to go that far, he's got plenty of stamina in his back family. Who knows? I think the track will suit him, that he's cut out for that. Joel knows him now, too. I think he's a horse you've got to know a little bit.”