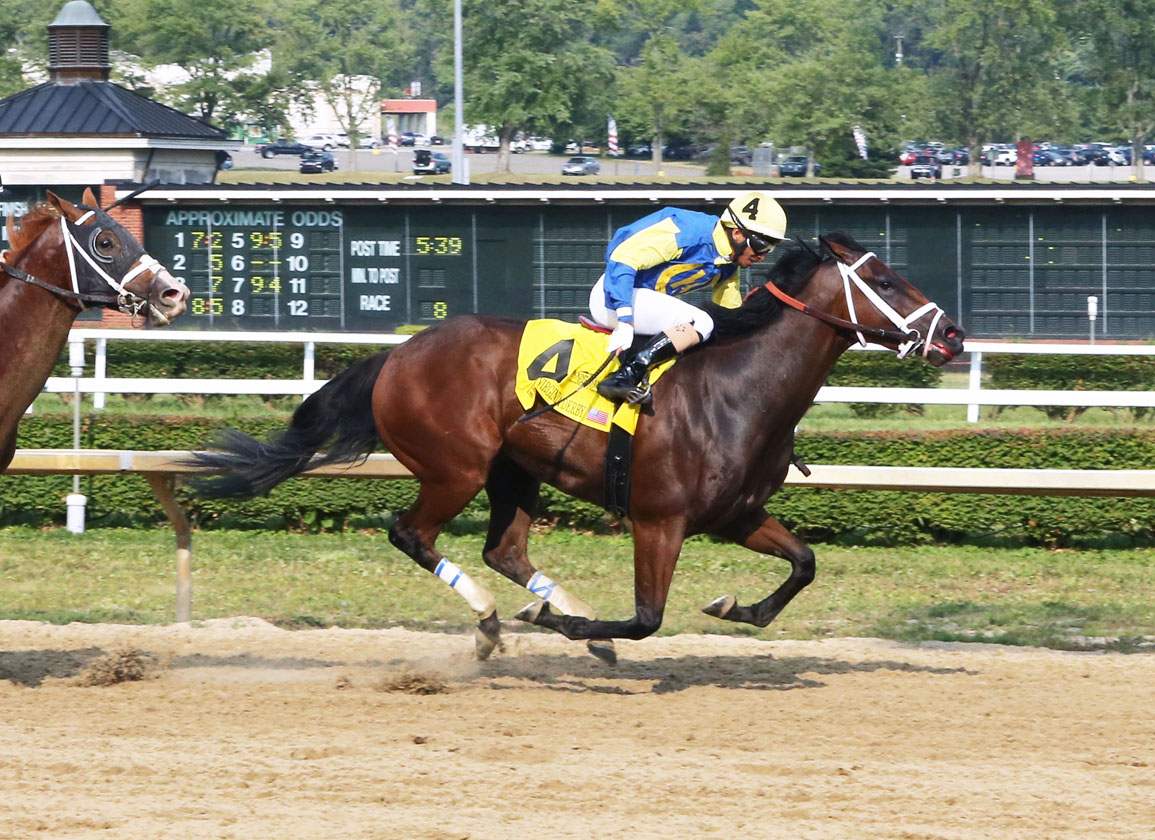 Already with a pair of Grade III victories in his rearview, JIL Stable's Mr. Wireless (Dialed In) will look to make it three in a row in Sunday night's GIII Oklahoma Derby at Remington.

A debut fifth with a tough trip going six furlongs Mar. 4 at Fair Grounds, the gelding earned a pair of hard-fought nose successes Mar. 27 and May 1 at Oaklawn before finishing a close second at 14-1 in the sloppy-track Texas Derby May 31 at Lone Star. Cruising to a sharp 3 3/4-length score in the GIII Indiana Derby July 7 at Indiana Grand, he backed that up with a pace-pressing tally in the GIII West Virginia Derby a month later at Mountaineer.

Second that day was Warrant (Constitution), who re-opposes here for Twin Creeks Racing Stable and Brad Cox. Never out of the trifecta in six trips to the post, the chestnut was runner-up in the Oaklawn S. this spring before overcoming a wide trip to score in the Texas Derby.

Super Stock (Dialed In), upset winner of the GI Arkansas Derby this April, made no impact when 16th in the GI Kentucky Derby, and could manage only fourth in the Texas Derby and Iowa Derby, but bounced back with a convincing tally in the Runhappy Ellis Park Derby last out Aug. 15.

Other contenders include Reddam Racing's improving Team Merchants (Nyquist), who upset a Del Mar allowance/optional claimer with a 91 Beyer at 18-1 July 16 before running fifth in the Shared Belief S., and Defeater (Union Rags), a debut graduate Jan. 2 at Fair Grounds who has since run two strong seconds, including last time behind Speaker's Corner (Street Sense) in a loaded Saratoga allowance Aug. 14.