More Than Ready Colt All The Way in New Zealand Trophy 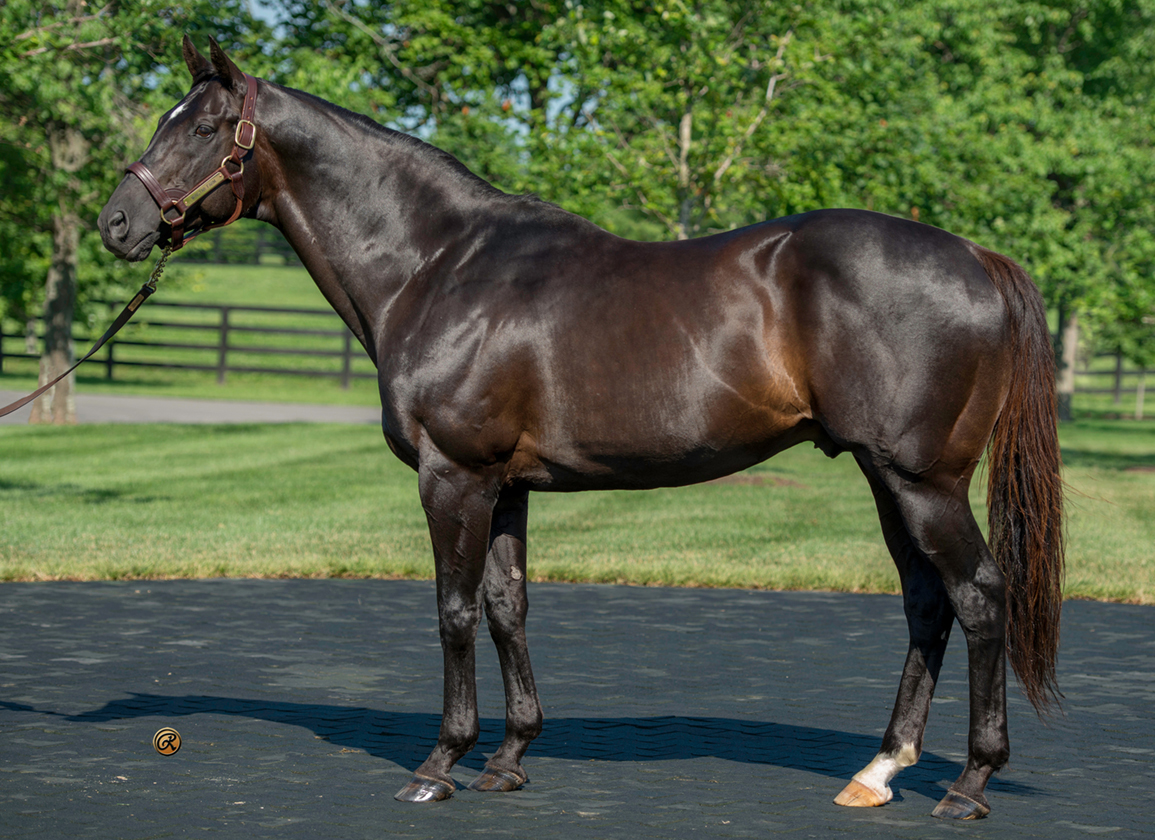 Given a perfectly rationed ride from the front by the evergreen Yutaka Take, Jean Gros (More Than Ready) became the first winner at group level in Japan for his legendary sire in Saturday's $841,637 G2 New Zealand Trophy at Nakayama, a steppingstone to next month's G1 NHK Mile Cup at Tokyo Racecourse.

The 6-1 third favourite off a stalk-and-pounce success in listed company over 1200 metres Feb. 27, the full-brother to MGSW & GISP Tom's Ready was kicked straight into the lead from gate six and led through reasonable fractions of :23.5 for the opening quarter-mile and :46.8 for the first 800 metres. Going comfortably on the single right-handed turn, Jean Gros turned for home after six furlongs in 1:10.5 and finished strongly to cross the line a head better than favoured Matenro Orion (Jpn) (Daiwa Major {Jpn}). The latter, drawn gate one, was maneuvered to the outside past halfway and was forced to take the overland route on the bend. He kicked hard in the stretch, but could not quite overhaul the leader in the dying strides. Lubeck (Jpn) (Harbinger {GB}), a full-brother to the globetrotting Deirdre (Jpn), was third. Take was riding his first winner of the race since landing the 2004 renewal–also for trainer Hideyuki Mori–atop fellow American-bred Seeking the Dia (Storm Cat). The 2021 winner was Bathrat Leon (Jpn) (Kizuna {Jpn}), upset winner of the G2 Godolphin Mile Mar. 26.

Jean Gros is the 98th worldwide graded/group winner for WinStar's More Than Ready, still going strong at the age of 25.

Blackstone Farm acquired Goodbye Stranger carrying the foal that would become Tom's Ready for $40,000 at Keeneland January in 2013 and also bred the stakes-placed Wrong Color (Gemologist) from the mare before selling her to Nursery Place for $120,000 with Jean Gros in utero at KEEJAN in 2019.

Entered for but withdrawn from the Keeneland November Sale  eight months after his foaling date of Mar. 2, Jean Gros was bought back by John Mayer's operation on a bid of $130,000 at Keeneland September the following fall. Turned over to consignor Al Pike, the bay was knocked down to Mori for $265,000 at last year's OBS March Sale after breezing an eighth of a mile in :10 flat.

Mori, whose success with traveling American-bred gallopers is well-documented, signed for eight horses for over $2.2 million at OBS last March, including the $750,000 topper now named Clos de Mesnil (Practical Joke). She is a maiden winner from four starts to date. Six of the eight have won at least one race.

Barren to Arrogate for 2020, Goodbye Stranger is the dam of a yearling filly by Audible and is due to Horse of the Year Authentic this season.