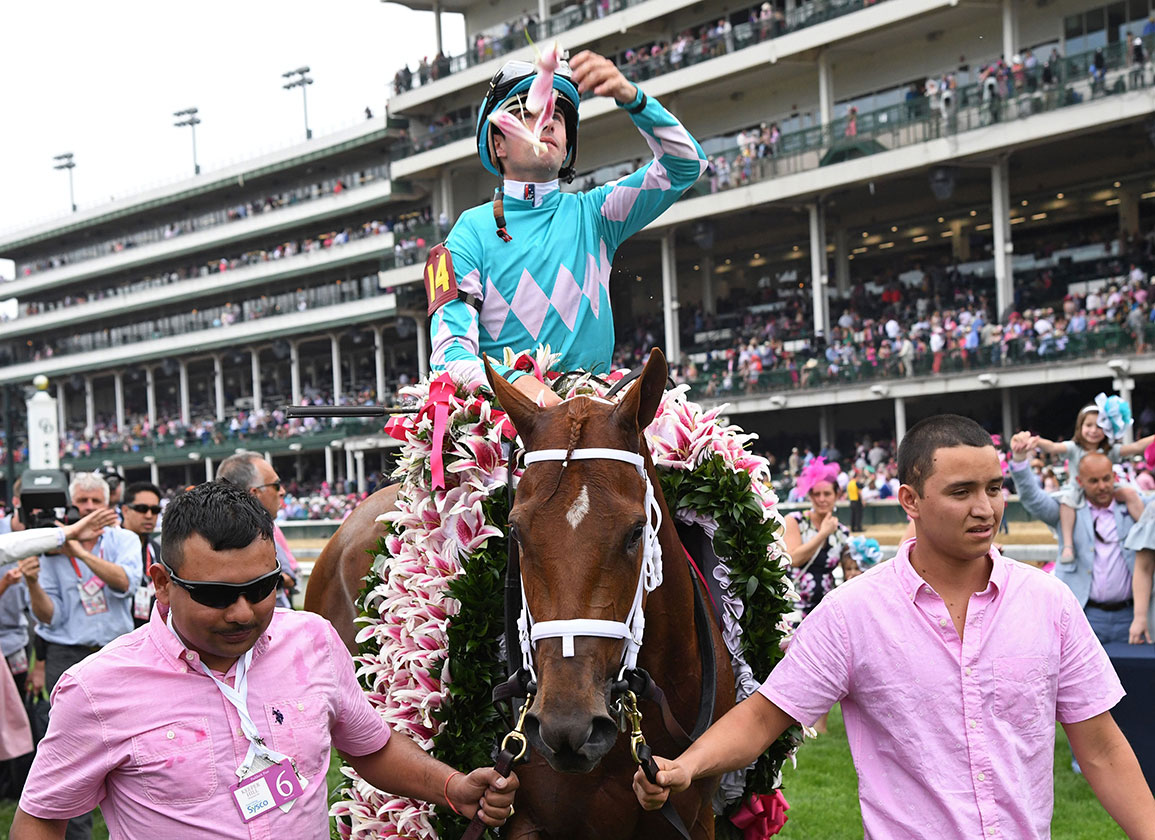 Monomoy Girl (Tapizar) hopes to follow in the hoofprints of champion Abel Tasman (Quality Road) by completing the GI Kentucky Oaks/GI Acorn S. double Saturday at Belmont. The chestnut kicked off this term with a nice score in the GII Rachel Alexandra S. at Fair Grounds Feb. 17 and followed suit with a 5 1/2-length romp in Keeneland's GI Ashland S. Apr. 7 prior to a gritty victory over Woodbine Oaks-bound 'TDN Rising Star' Wonder Gadot (Medaglia d'Oro) in the Kentucky Oaks May 4.

The Oaks heroine won't have it easy, however, as this seven-horse field is loaded with talent, including last term's champion juvenile filly Caledonia Road (Quality Road). A debut winner in the slop at Saratoga Sept. 3, the bay was second in the GI Frizette S. Oct. 8, but came charging in the stretch to score a decisive victory in the GI Breeders' Cup Juvenile Fillies Nov. 4 under Hall of Famer Mike Smith, who gets back aboard Saturday. Forced to miss the Oaks due to a virus and an ankle chip, the Ralph Nicks pupil returned victoriously in a track-and-trip optional claimer Apr. 29.

'TDN Rising Star' Moonshine Memories (Malibu Moon) is already a dual Grade I winner, having captured both the GI Del Mar Debutante S. and GI Chandelier S. last term. A disappointing seventh as the favorite behind Caldeonia Road in the Breeders' Cup, the bay checked in second behind 'TDN Rising Star' Emboldened (Elusive Quality) when making her seasonal bow in Santa Anita's Angel Flight S. May 12. She should appreciate the one-turn mile and could be primed for a big effort in this second start off the layoff.

Fellow California invader Spectator (Jimmy Creed) should appreciate the cut back in trip after a runner-up effort behind Kentucky Oaks-third Midnight Bisou (Midnight Lute) in the GI Santa Anita Oaks Apr. 7. Winner of the GII Sorrento S. last summer, the chestnut was third in the Del Mar Debutante and kicked off this term with an optional claimer win at Santa Anita Mar. 18.

Another runner who could spice things up at a price is 'TDN Rising Star' Talk Veuve to Me (Violence). Romping by 11 lengths at second asking at Fair Grounds Mar. 25, the Rodolphe Brisset trainee was a respectable second behind fellow 'Rising Star' Mis Mischief (Into Mischief) in the GIII Eight Belles S. at Churchill last time May 4.