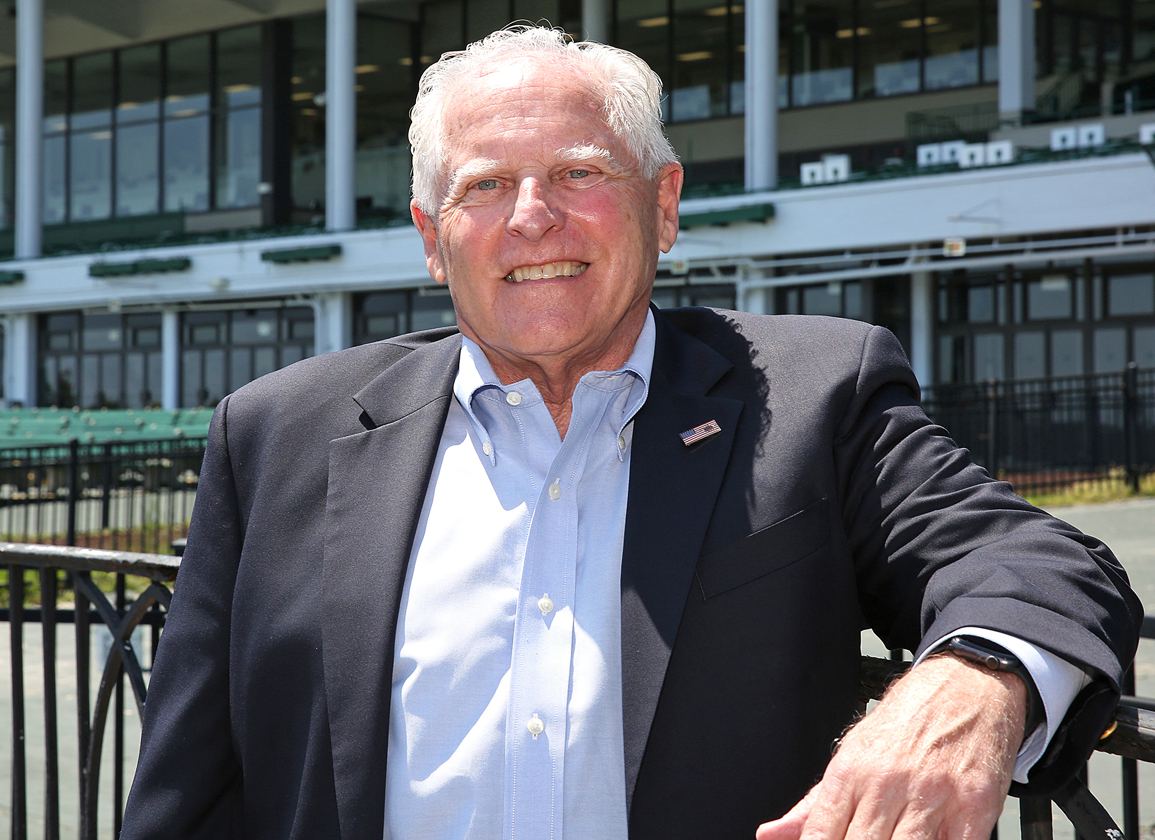 A fixture at Monmouth Park since 1980 in a variety of roles, Bill Anderson–currently the track's general manager–has been named the 2021 recipient of the Virgil “Buddy” Raines Distinguished Achievement Award, it was announced Monday.

The Raines Award, now in its 26th year, is presented annually just prior to Monmouth Park's season opener. The track's 76th season of live racing gets underway Friday, May 28.

Anderson, a former trainer and track superintendent at Monmouth Park, finds his name added to a prominent list of past Raines Award recipients who have been recognized for their professionalism, integrity and service to Thoroughbred racing.

“It's a great honor and it's especially meaningful for me because I know or knew everyone who has received this award, including Buddy Raines,” said Anderson. “Monmouth Park is my home and has been for quite a while now. So it means a lot to me personally to receive this award.”

Anderson's Monmouth Park-based training career spanned from 1980 to 2012 and produced 857 winners. He transitioned to being Monmouth Park's track superintendent in 2012 before being named general manager in 2016.

“It's a well-deserved honor for someone who has been synonymous with Monmouth Park for as long as I can remember,” said Dennis Drazin, Chairman and CEO of Darby Development LLC, the operators of Monmouth Park. “His work ethic and passion for Monmouth Park are things that have never wavered, from his days as a trainer to being the track superintendent to his current role as general manager.”