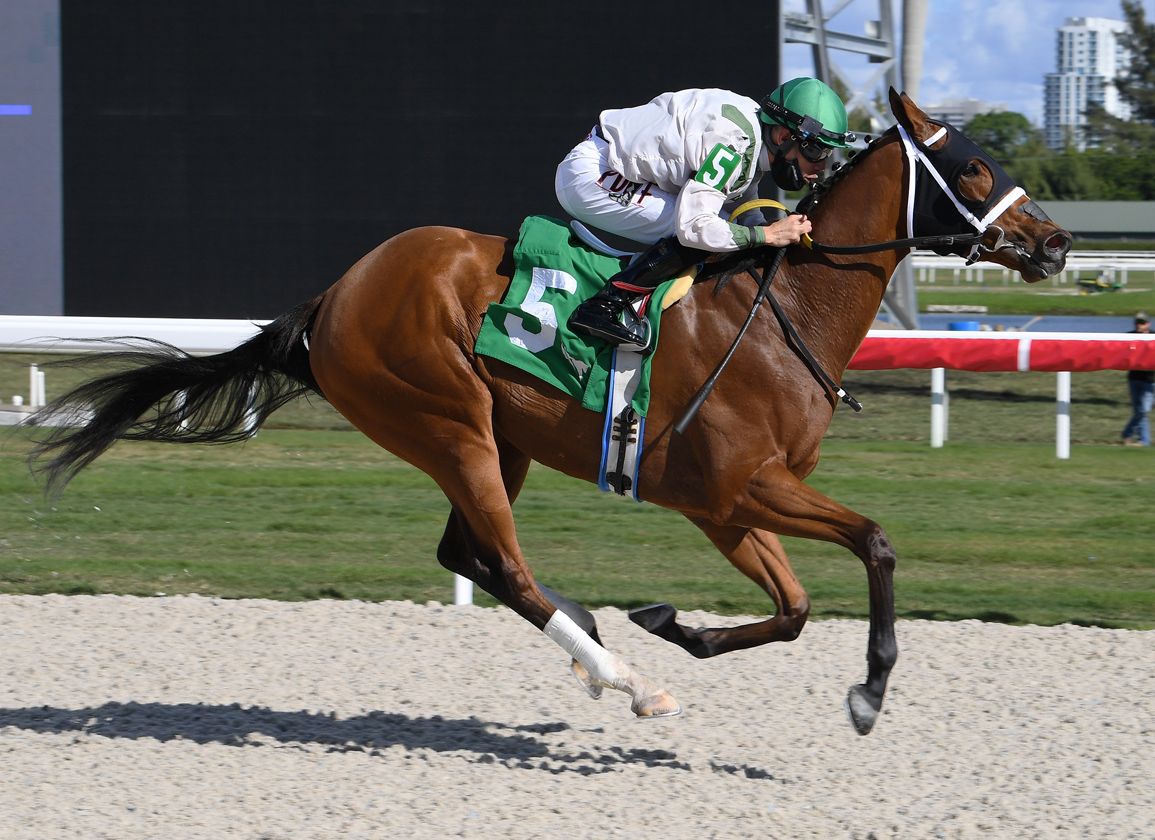 In the aftermath of a record-setting entree to the mixed sales season at Keeneland and Fasig-Tipton in November and with steadier, rational trade at the latter's Midlantic Sale in December and back at Keeneland a few weeks ago, sales officials at OBS are expecting more of the same over the next 48 hours.

“Hopefully the trends that we've seen over the last few months continues here. We certainly hope so,” said the auction house's director of sales Tod Wojciechowski. “There certainly does seem to be a zest for horses of all ages. The horse industry in general has been doing very well over the last year or so. I think there is obviously some pent-up demand and there are probably a few factors that will come into play on that, but we're excited to see what happens.”

He continued, “The January Sale has kind of gotten to be a destination sale for many, especially for the short yearlings. I think people sort of use it as a convenient excuse to get out of the colder weather. But on top of that, it's just a sale people that want to be at.”

It is a leaner catalog for the 2022 renewal of the Winter Mixed Sale, down some 19% from last year's 805-strong book. Wojciechowski explained that the slimmed-down catalog is mostly a function of the nature of mixed sales.

“I think the smaller catalog is a function of the ebb and flow of breeding stock from year to year,” he said. “Certainly there has been a drop in the foal crop here in Florida, so that can't have a good impact on us, but I think we've got a good book and I think that the people that come here to shop will be pleased with the stock that we have.”

The catalog features 257 yearlings by sires based not only in Florida, but also mainstream Kentucky stallions such as Accelerate, Always Dreaming, Collected, Goldencents, Gun Runner, Hard Spun, Maclean's Music and Practical Joke, to name just a few. Stallions based in Ocala include Breaking Lucky, Girvin, Khozan, Neolithic and Bucchero, whose first foals hit the track in 2022 and whose popularity in the breeding shed early days looks to have translated to a high number of entries. The Pleasant Acres resident is represented in the catalog by no fewer than 15 newly turned yearlings, the most for any sire in the sale.

“I've heard a lot of good things about Bucchero for sure and that's probably the reason that there are so many of them,” Wojciechowski surmised.

Among the horses recently supplemented to the sale is hip 349, the 3-year-old filly Fifth Anniversary (Runhappy). Runner-up in the Sept. 19 Woodbine Cares S. going five furlongs on turf for trainer Ricky Griffith, the bay made a giant impression on her South Florida debut Jan. 19, taking a five-furlong allowance over the Gulfstream Tapeta track by 2 3/4 lengths, good for an 83 Beyer Speed Figure (video).

The sale also includes a dispersal of breeding stock from Fred Brei's Jacks Or Better Farm, long an institution on the Florida racing and breeding scene. Alone and in partnership, Jacks Or Better has bred and/or raced the likes of GI Forego S. and GI Carter H. winner Jackson Bend–a son of their homebred sire Hear No Evil–and champion 2-year-old filly Awesome Feather (by Jacks Or Better's Awesome of Course), who was sold for $2.3 million following her victory in the 2010 GI Breeders' Cup Juvenile Fillies.

“Certainly Mr. Brei has a long and successful tradition in Florida racing and has been a big part of the scene in the state, from a breeding and racing perspective,” Wojciechowski said. “It'll be a loss to the industry, but this will offer people an opportunity to get into some of his really nice families that he's had success with.”