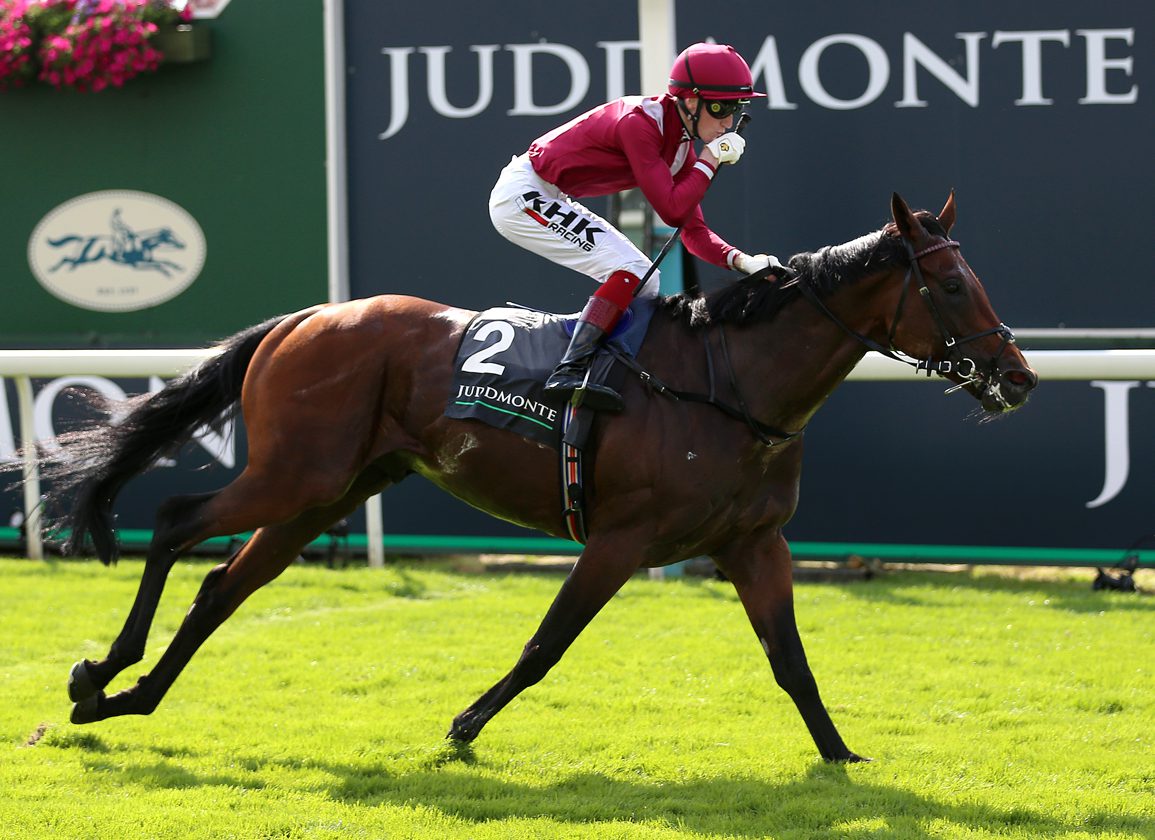 Jockey James Doyle, who picked up the ride on Mishriff (Ire) (Make Believe {GB}) for the G1 King George VI And Queen Elizabeth S. on Saturday, was pleased with the 5-year-old, after a spin on the Al Bahathri at Newmarket early on Wednesday morning.

“It was an early start, but he felt fantastic,” Doyle told Sky Sports Racing. “I jumped on him at 5:10 a.m. and he did a nice blow up the Al Bahathri, a gallop he knows well, and he felt in good order. There was no questions asked, but I have to say he felt super and moved great.

“It's very exciting–what a race. It's a small but select field, but there's not one runner in the race that doesn't deserve to be there.”

The ride on the globetrotting Group 1 winner became available when owner Prince Faisal announced that David Egan was no longer his retained rider. Mishriff, who just missed when second to Vadeni (Fr) (Churchill {Ire}) in the G1 Coral-Eclipse S. at Sandown on July 2, ran second in last year's King George. He faces G1 Irish Derby hero Westover (GB) (Frankel {GB}) among others on Saturday.

“The prospect of him being more tuned up for the King George is quite exciting and the mile and a half doesn't seem to be a problem,” added Doyle of the John and Thady Gosden runner. “He's a horse that really wears his heart on his sleeve late on a race. He has that superb way of galloping where he really does get his head low. I wish every horse tried as hard as he does.”

Egan had partnered Mishriff to some of his greatest wins, including the inaugural $20-million Saudi Cup, the G1 Dubai Sheema Classic, and his victory in the 2021 G1 Juddmonte International S.

Doyle added, “I haven't had chance to speak to David yet, but I will do. Obviously I feel terribly sorry for David, it's never nice, but I heard him say he's not the first person to be jocked off a horse and he won't be the last. I think that's the right way to look at it, these things happen and how you deal with these events kind of defines you as a person.

“He's dealt with it like a grown up man and we mustn't forget he's still a young man in this sport, so he's still learning his trade and full credit to the way he's coped with everything.”