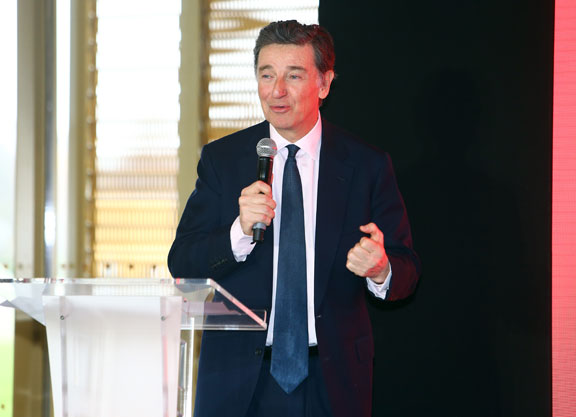 The French Government has expressed its support of a phased-in resumption of the racing programme in France from Monday, May 11, and has announced financial aid for the racing sector largely through a temporary cut in betting tax.

Last Tuesday, the French Agriculture Minister Didier Guillaume and his ministerial colleague Gérald Darmanin met Edouard de Rothschild and Jean-Pierre Barjon, the respective heads of France Galop and trotting authority LeTrot, to discuss plans to allow the return of racing action in the week following the easing of lockdown restrictions for France. Also at the meeting were directors of the PMU, which essentially funds horseracing through its betting monopoly.

It has been proposed by France Galop that racing will start initially behind closed doors and under strict sanitary conditions with only two representatives per horse allowed at the racecourse. These measures follow those already utilised in France for several weeks before racing was suspended fully on March 17. The race programme for a number of the country's most rural and least-used racecourses will not be run in full during the first phase of the resumption which will see up to three fixtures take place per day in different regions.

A statement released on Monday by the Ministry of Agriculture read, “The ministers undertook to support this request with the health authorities. In addition, in order to support the finances of this sector during the health crisis, the state has authorised the PMU to postpone and spread over time the payment to the state budget of part of the horse racing levy.”

The economic impact of the racing shutdown in France has been estimated to be in the region of €58 million. While racing looks set to resume behind closed doors next month, a complicating factor in funding the sport is that a large number of the cafes which house PMU betting outlets will only be reopened gradually from June.

Commenting on the response from the ministers, Edouard de Rothschild told TDN, “At this point the news sounds positive. It has approval from the top level but in the current circumstances things change from one day to another and the situation is so unpredictable. The language is a bit cautious in the sense that we are never sure what is going to happen in two weeks' time but the [view of the] office of the Prime Minister is quite favourable.”

Of the easing of PMU levy payments to government he added, “In terms of cash management and of short-term management it is helpful for sure. It doesn't deal with the issue of there having been no activity and no income between March and May, and every month in this business equates to tens of millions of euros. So it's a help but it doesn't replace the two months without racing.”

Racing during the remainder of May will be open to French-trained horses only.

De Rothschild said, “For sanitary reasons there will be no horses trained abroad allowed to race in France in May but from 1 June, when the French Guineas are scheduled, to the best of my knowledge at this juncture, French racing will be open to horses trained outside France.”

Heading the three race meetings currently scheduled to take place on May 11 in a revised racing programme announced by France Galop last week is the ParisLonchamp fixture which includes the G2 Prix d'Harcourt and two Classic trials.