Miles Ahead Voted Claiming Crown Horse of the Year 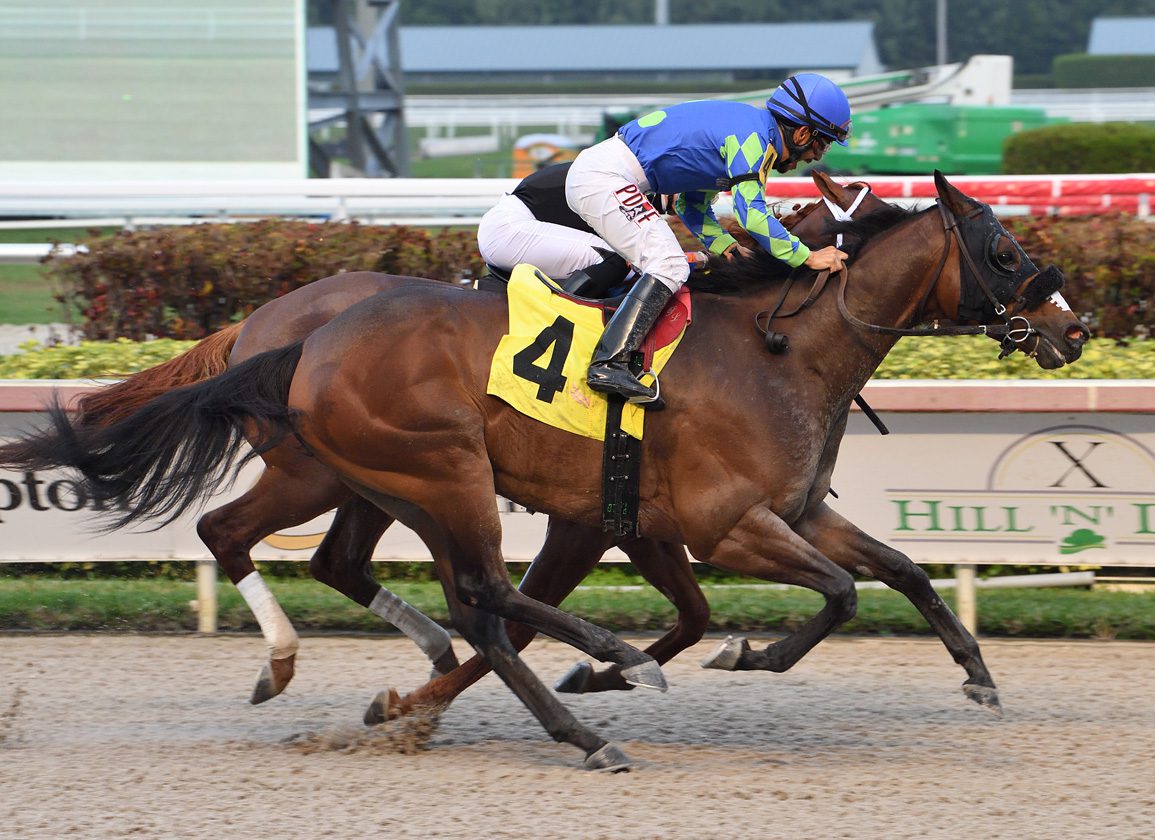 Miles Ahead (g, 5, Competitive Edge–Jennie R., by Awesome Again), winner of last term's GIII Smile Sprint Invitational S. and the Claiming Crown Rapid Transit, has been named the 2021 Claiming Crown Horse of the Year. The honor is voted on by the National HBPA's Industry Awards Committee, chaired by Todd Mostoller from the Pennsylvania HBPA.

Miles Ahead will be recognized at the Thoroughbred Owners and Breeders Association (TOBA) annual awards dinner on Sept. 10. The Claiming Crown–designed to give the blue-collar workhorses their own championship day–is sponsored by the National Horsemen's Benevolent & Protective Association, TOBA and the host track.

Miles Ahead was purchased in 2019 for $175,000 at the OBS March 2-year-old in training sale by trainer Eddie Plesa, Jr. and the ownership partnership of David Melin, Leon Ellman and the trainer's wife, Laurie. After winning the Gulfstream Park Sprint S. in February, they accepted an offer to sell the gelding, who now races for Jay Em Ess Stable and is trained by Paul McGee. Miles Ahead most recently finished second by a neck to GI Breeders' Cup Sprint winner Aloha West in the Kelly's Landing S.

“The committee zeroed in on Miles Ahead and felt as if the horse and the connections were indeed the horse to be recognized for their accomplishments,” Hamelback said. “We are pleased that we can recognize and award a trophy to Miles Ahead at this year's TOBA awards ceremony.”

This story was posted in Top News and tagged Claiming Crown Horse of the Year, Competitive Edge, Eddie Plesa, Eric Hamelback, Miles Ahead.