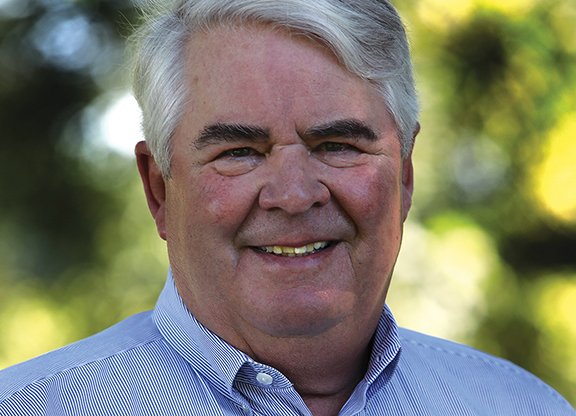 Mike Cline, “the only farm manager Lane’s End has ever known,” according to a press release from the farm announcing the news, is retiring after a 40-year career at the storied nursery. “It would be hard to overstate Mike’s importance to Lane’s End and everything that has happened here since the farm’s inception,” said Will Farish, “I hired Mike back in 1979 and he has overseen everything from the broodmares, to stallions, to sales, to barn construction, to pasture maintenance.”

Many successful people in the industry came up under Cline’s tutelage, including Callan Strouss, the farm manager at Lane’s End’s Oak Tree division; Chris Baker at Three Chimneys; Eddie Kane at Calumet; Charles Campbell at Indian Creek Farm; Cooper Sawyer at Mt. Brilliant; and Donna Vowles at Kiltinan Castle Stud, among others.

“Will Farish provided me with the opportunity of a lifetime and it has truly been an honor to work for him and with him over these many years,” said Cline. “Will’s vision for Lane’s End was incredible and it has been a privilege to help him implement that vision. I have had the opportunity to meet presidents, the Queen and many fascinating people, not to mention manage some of the greatest Thoroughbreds in history: A.P. Indy, Smart Strike, Kingmambo, Zenyatta, Miesque, All Along, Weekend Surprise and so many others.”

The farm said that a new farm manager will not be hired; rather, Todd Claunch will continue in his role and take on additional responsibilities at the farm, while Cline will continue to consult.

“I plan on continuing to stay involved with the farm and its many clients in more of an advisory role,” said Cline. “Lane’s End’s continued success will always be important to me.”

Chris McGrath profiled Cline for the TDN in 2018, and Cline talked about the many opportunities and experiences his role at Lane’s End had provided him, such as the time he flew on Air Force One to deliver a puppy to President George Bush. “For some bumpkin like me, to do that kind of stuff? Working for the Farish family has been an unbelievable experience,” Cline told McGrath.”I just think how lucky I was to run into this one guy who’s enabled me to do this for all this time. I don’t think either of us had an idea where it was going to go, back then. But I just felt I was around the right sort of person. And he and his family have been basically responsible for everything good that’s ever happened to me.” 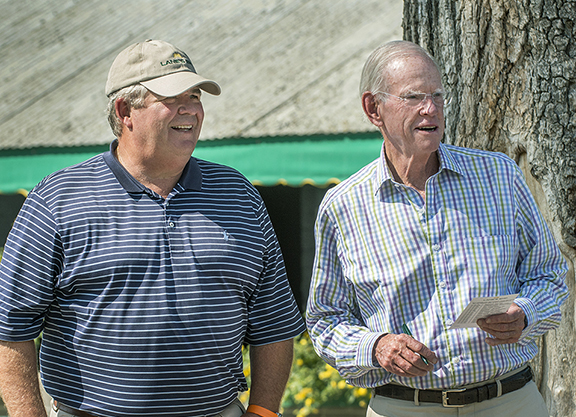 Cline and Farish at Keeneland in 2003 | Lee Thomas photo

Cline arrived at Lane’s End in 1979, when it was a 140-acre cattle farm. “There was a beautiful old house, beautiful rolling land,” Cline recalled in 2018. “(Mr. Farish) lived in Houston, he came to Kentucky all the time but never really had a home here. And that was the cool part about it; so many people have farms that aren’t really homes–but this place started out as a home. So we fixed up the house, and immediately started working on plans to build the broodmare barns.” Cline was in his 20s at the time.

Cline attended the University of Kentucky on a football scholarship, and got a job for trainer Mack MIller when he left school. “Mack was a hay, oats and water guy, so the formative years I had in the horse business were with someone who was straight, honest and loved his horses,” Cline told McGrath in 2018. He went on to work on the starting gate at NYRA, and then as assistant to Bob Dunham. It was through a subsequent job managing the old Big Sink Farm when he met Farish.

His gratitude for the opportunity has always been palpable, as McGrath discovered when he sat down with him two years ago.

“There’s lots of ways to get judged and I’m happy with being judged the way I will be,” he said at the time. “I just really am grateful for the opportunity I got. There aren’t many of those kind of jobs any more. For me to stay as long as I have is pretty unheard of, in this day and age. Especially when you’re doing something that’s your passion. I love what I do. Mostly because where I get to do it, and who I get to do it with.”