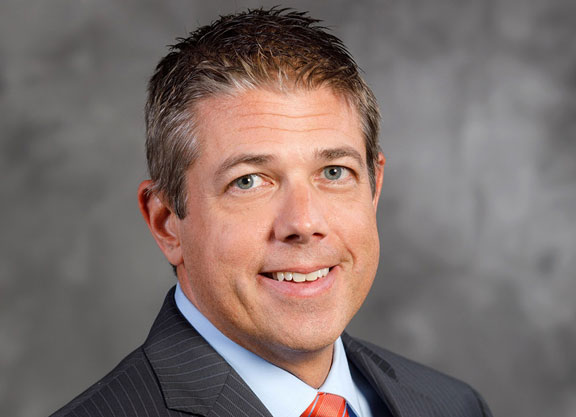 Anderson brings to the role 24 years of leadership experience at CDI, having recently served as Vice President of Operations, where he led the planning, construction and opening of over $300 million in capital projects across CDI's properties. He joined CDI in 1996 as Controller and has held a number of roles with the Company, including Vice President of Corporate Finance, Investor Relations, Risk Management and Treasurer. Anderson will report to Bill Mudd, President & Chief Operating Officer of CDI.

“Mike Anderson is a uniquely qualified leader to assume the role of President at Churchill Downs Racetrack having successfully and consistently delivered on company goals across multiple departments,” said Bill Mudd, President & COO of CDI. “Over its 146-year history, the racetrack has grown into an incredibly sophisticated and complex business organization, and Anderson is poised to lead it through continued growth and success.”

“The opportunity to serve this Company, the Commonwealth and our community as President of Churchill Downs Racetrack is the privilege of a lifetime,” said Mike Anderson. “As a native of Louisville, it is humbling to consider what this historic place represents to so many people. I am eager to build upon the great traditions of the Kentucky Derby and continue the Company's work to establish a legacy of integrity and inclusivity both at Churchill Downs and within our industry.”

CDI named Mike Ziegler Senior Vice President and General Manager of Churchill Downs Racetrack, a role he will fulfill while retaining his current responsibilities as Executive Director of Racing for the entire company. CDI will conduct a search to support Ziegler in that function as the company expands resources dedicated to safety and integrity in horse racing. Prior to joining CDI in 2015, Ziegler served in numerous leadership roles across the industry.

“Mike Ziegler brings to Churchill Downs Racetrack unparalleled knowledge of all aspects of horse racing and racing operations,” said Mudd. “This expertise coupled with Mike Anderson's robust strategic and operational skills positions the Company for success and likewise advances these talented executives into roles from which they can maximize their strengths. I couldn't be more excited for these two individuals or our company.”