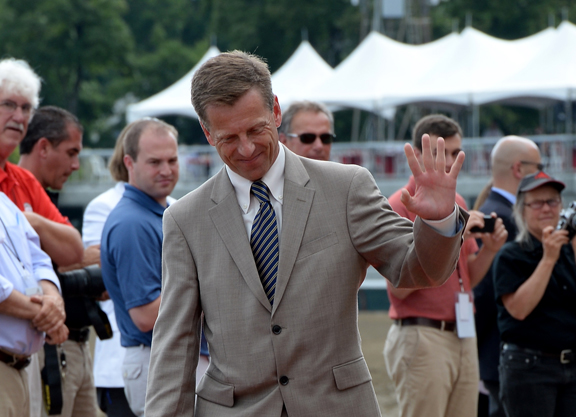 Richard Migliore, former jockey and current analyst for XBTV, has been named Fasig-Tipton’s New York Field Representative. In his role, he will promote Fasig-Tipton sales and the company’s brand at New York tracks and farms.

“We are thrilled to name Richie as our New York Field Representative,” said Fasig-Tipton President Boyd Browning. “Through his many years as a rider and television racing analyst, he has developed wonderful relationships with New York’s owners, trainers, and breeders. He will be an excellent representative of Fasig-Tipton in a region that is so important to racing, as well as to Fasig-Tipton.”

The Eclipse Award winner in 1981 for outstanding apprentice jockey, Migliore piloted 4,450 winners, including 25 in Grade I races, during his time in the saddle. Since retiring from riding in 2010, he has worked as an on-air analyst for HRTV, NYRA and recently XBTV. He will remain with XBTV.

“I’m looking forward to promoting Fasig-Tipton sales in my home state of New York,” said Migliore. “Fasig-Tipton has been an integral part of racing and breeding in New York for more than 100 years, and I’m excited to have the opportunity to further that partnership in the years to come.”