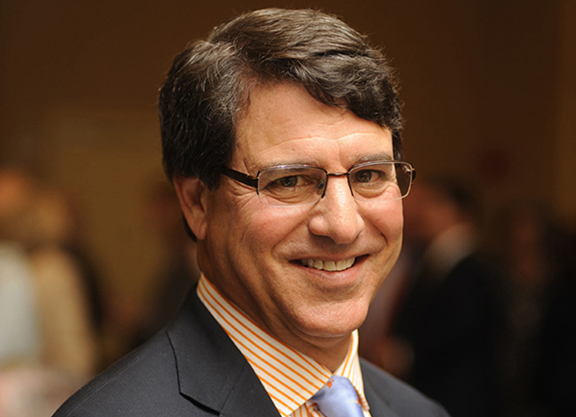 A meeting among industry stakeholders in the Mid-Atlantic region is scheduled for Thursday and a proposal for a partial ban of the controversial drug Bisphosphonate tops the agenda.

Bisphosphonate has come under increased scrutiny since the rash of breakdowns began at Santa Anita and some are speculating that its use might have been contributing to the problem.

The drug is used to treat degenerative bone diseases, like osteoporosis, in humans. With horses, they're used to treat a similar array of problems, like navicular disease. However, the drug has only been approved for horses that are four or older, the theory being that it is dangerous to use it on a horse until their bones are fully developed. In younger horses, the drug could cause their bones to become more brittle.

“There's no checks and balances on this,” Mary Scollay, equine medical director of the Kentucky Horse Racing Commission told Thoroughbred Racing Commentary in a 2017 story on the drug. “If the risk is as real as we perceive it to be, we can be facing a real problem in terms of racing injuries and racing fractures if we don't, as a community, come together to decide how to responsibly manage this.”

To date, the use of the drug has not been banned throughout any part of the Thoroughbred industry.

The meeting is an annual get-together of people who race and breed in the Mid-Atlantic region and is supervised by Alan Foreman, the chairman of the Thoroughbred Horsemen's Association who also works closely with several local horsemen's groups in the Northeast.

“We're going to be adopting a strategic plan to reduce equine fatalities that we actually began initiating two years ago,” Foreman said. “Many of the reforms have already been implemented. We are going to move to ask for a ban of this drug [Bisphosphonate] at the meeting and I'd be shocked if it didn't pass. This is a bad drug and everybody has been talking about it for a long time. We're going to take action. We're going to ban it in the Mid-Atlantic and we're going to go to the RCI to ask that it be banned nationally, and we are going to ask all industry stakeholders to join us in our efforts.”

Foreman said his group does believe the drug should be legal with 4-year-olds and older, since that adheres to FDA requirements.

Whether or not Bisphosphonate played any role in the breakdowns in California remains anyone's guess. But many in the industry are convinced that the drug is being misused at the sales, that breeders or consignors are giving it to their horses so that their bones look stronger than they may have otherwise when x-rays are taken to show potential buyers. If that is the case, Bisphosphonate has potential to be a ticking timebomb that could cause the same yearling to have bone problems during its career and potentially lead to a breakdown.

“The goal here, and it needs to happen very quickly, is for this drug to be banned,” said Terry Finley, who heads the West Point Thoroughbreds syndicate. “Every sales company needs to take steps to make sure that no horse that goes through the ring is given this drug and that has to happen immediately. The consignors who are not using this drug should be outraged and vocally and persistently advocate that it be banned immediately.”

Finley is among those that believe Bisphosphonate is also given to some horses after the sales and once their racing careers begin. As dangerous as it may be, the drug could have a performance-enhancing effect.

“I hate to say it, but that's a very reasonable assumption,” Finley said when asked if he thought the drug might be given by some trainers to horses in training that are younger than four. “I base that on what I have seen and the high-level vets that I have been talking to across the country. It pains me to say that, but I do believe this has been a factor. This is why it needs to be banned, especially at the upcoming yearling sales.”