MHBA Elects 2021 Board of Directors 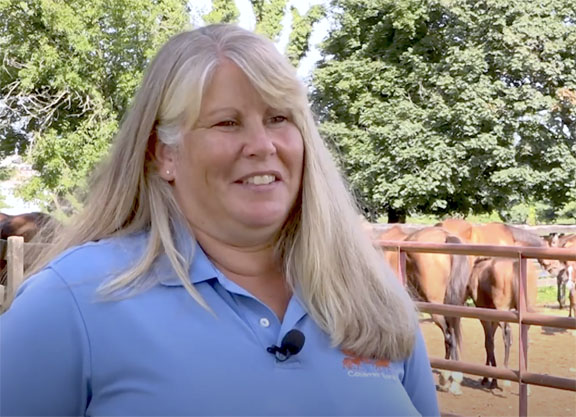 The Maryland Horse Breeders Association membership has selected two incumbent members, a 2019 presidential appointee and two new members to the 2021 Board of Directors. Those elected will serve for the next three years. Michael J. Harrison DVM, a presidential appointee to the board in 2009 to 2010 who has since served from 2011 to 2016 and as the president of the board from 2018 to 2020, and Christy Holden, a board member for the past three years and general manager of Country Life Farm, are this year's incumbents.

Also elected was George Adams, owner and manager of Housatonic Bloodstock, who was a presidential appointee to the MHBA board in 2019; Ann B. Jackson, owner of Foxharbor Farm in White Hall, who serves her first term; and Adair B. Stifel, co-owner with her parents of Mantua Farm, who also serves for the first time.

Of the five directors whose terms expired this year, David Wade and Kent Murray were ineligible to stand for reelection because of having served six consecutive years as a member of the MHBA Board. Those whose terms have not expired are Richard F. Blue Jr., Ellen M. Charles, Michael D. Golden DVM, Michael Horning, Louis Merryman, Sabrina Moore, A. Leonard Pineau VMD, William Reightler, Thomas J. Rooney and James B. Steele.

This story was posted in Top News and tagged Board of Directors, Christy Holden, election, MHBA, Michael Harrison.