MGSW By My Standards Retired to Spendthrift 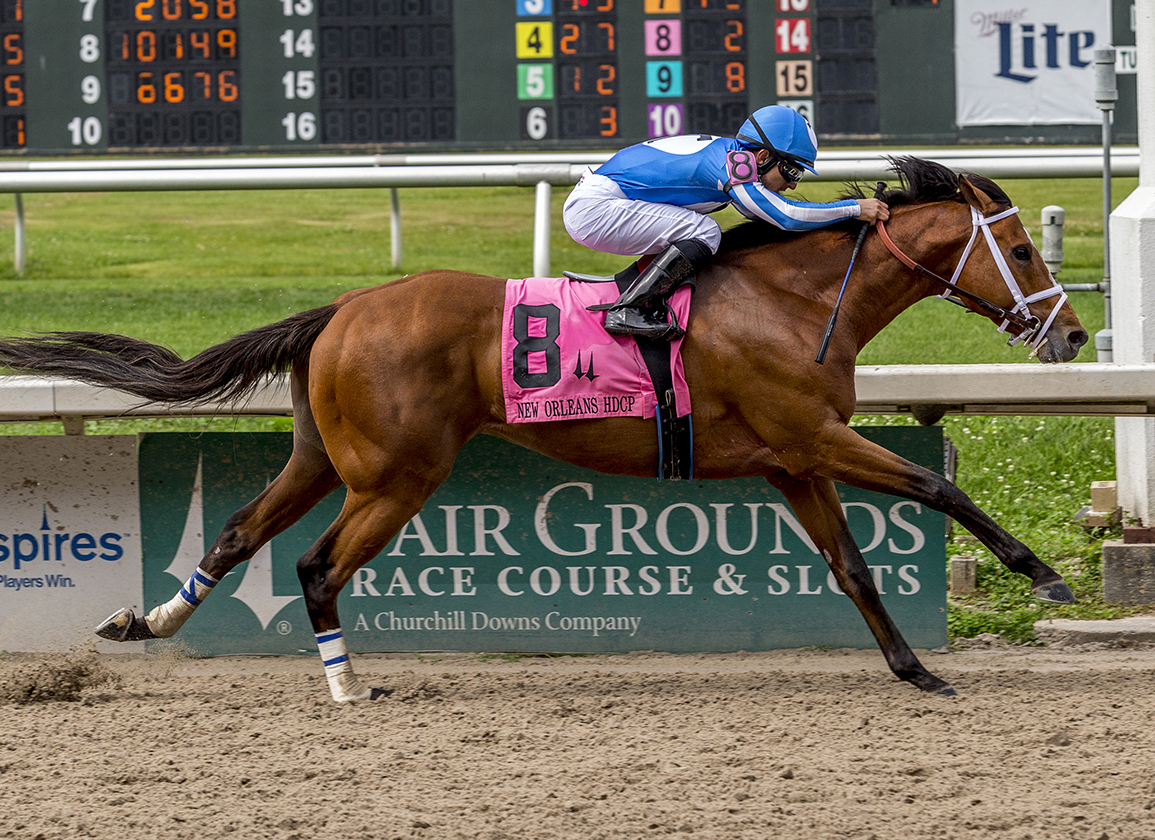 By My Standards | Hodges Photography

Allied Racing's MGSW By My Standards (Goldencents–A Jealous Woman, by Muqtarib) has been retired from racing and will enter stud at Spendthrift Farm, standing the 2022 breeding season for a fee of $7,500 S&N.

“By My Standards came up with a quarter crack that was going to force us to miss the rest of our goals before the breeding season, so the decision was made for him to retire,” explained Chester Thomas, owner and manager of Allied Racing Stable. “It's a bittersweet day because this is a special horse who deserved to win a Grade I and was very unlucky not to. However, I'm proud he is retiring happy and healthy, and I couldn't be more excited about him going to Spendthrift where he'll get the best opportunity to become a great sire, just like his sire and grandsire there.”

Spendthrift General Manager Ned Toffey added, “We are thrilled to be able to stand By My Standards and are thankful to Chester for the opportunity. Obviously, this is a sire line we know very well and just have tremendous confidence in. By My Standards really embodies the heart and ability that have become so signature to the Into Mischief line. In fact, only his sire Goldencents and Authentic [both standing at Spendthrift] have higher earnings than By My Standards among all the great racehorses from the Into Mischief sire line.”

Trained by Bret Calhoun, the $150,000 OBS juvenile purchase broke his maiden and followed up with a score in the GII Louisiana Derby, winning over eventual GI Kentucky Derby winner Country House and GI Preakness S. winner War of Will. At four, he captured his first three starts of the year, including the GII New Orleans Classic at Fair Grounds and the GII Oaklawn H. and subsequently added a victory in the GII Alysheba S. at Churchill Downs. He also was runner-up in Saratoga's GI Whitney H. and GII Stephen Foster S. This term, the 5-year-old won the Oaklawn Mile before finishing runner-up in the GI Met Mile at Belmont. He retires to Spendthrift with a record of seven wins and five seconds from 17 starts and earnings of $2,294,430.

By My Standards will participate in Spendthrift's “Share The Upside” breeding program for a fee of $8,500 for one year. Additionally, breeders must breed one mare in 2023 on a complimentary basis. After the breeder has a live foal in 2023, pays the stud fee, and breeds a mare back, he or she will earn a lifetime breeding right beginning in 2024.

“Everyone who got in on the Share The Upside program for Into Mischief and Goldencents has enjoyed a lot of success, and we believe By My Standards is the next in line,” said Toffey. “I invite all breeders to come out and see him during the November sales, as he will be available for inspection immediately and will be shown Nov. 10-19 daily from 1-3pm.”