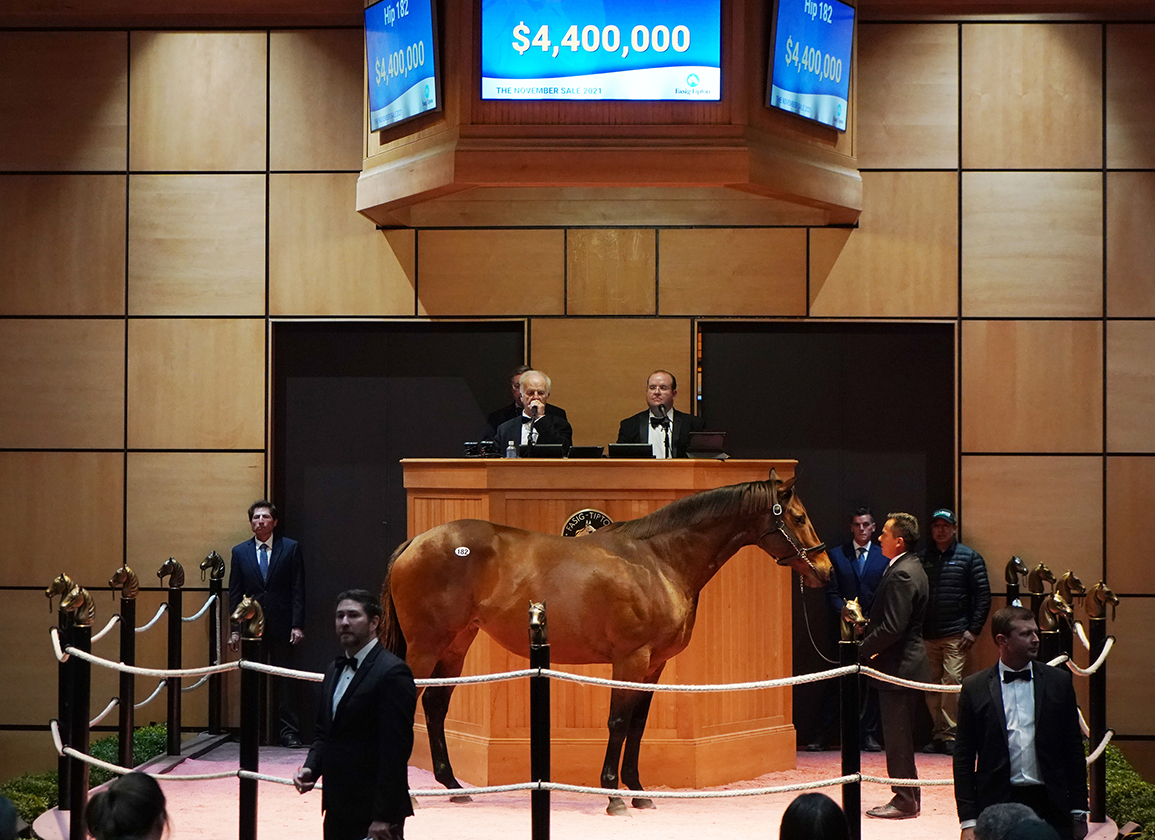 Guarana (Ghostzapper–Magical World, by Distorted Humor), purchased from Fasig-Tipton's November sale for $4.4 million (TDN Nov. 10 edition), will visit MGISW Charlatan (Speightstown), the farm's most recent addition to Hill n' Dale's roster at Xalapa. Awarded TDN Rising Star status after breaking her maiden by 14 3/4 lengths, she followed up that victory in her next start with a stakes record performance in the GI Acorn S., winning by six lengths before adding a score in the GI Coaching Club American Oaks. She subsequently added a victory in the GI Madison S. at Keeneland. Guarana is out of a daughter of Breeders' Cup heroine Pleasant Home, who is out of a half-sister to champion Sky Beauty.

“We have received overwhelming interest in Charlatan from absolute top class breeders,” said John G. Sikura, President of Hill 'n' Dale. “We are looking to lead the way with our best mares as a bold sign of both our commitment to and our belief in Charlatan's chances at stud.”

Charlatan, winner of the GI Arkansas Derby and GI Malibu S., finished runner-up in the Saudi Cup before retiring with a record of four wins and a second from five starts and earnings over $4 million.