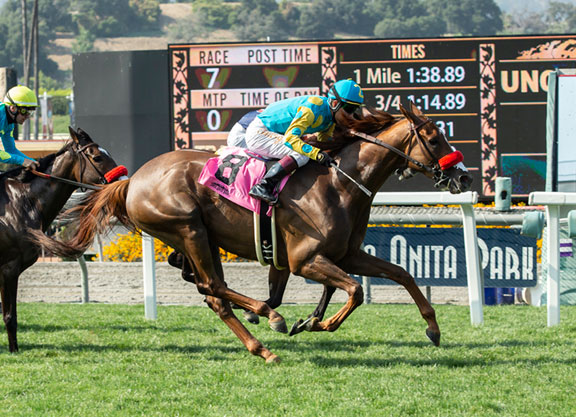 After filing a civil complaint against numerous individuals and entities that had purchased horses or other assets from Ahmed Zayat, MGG Investments has given up the portion of its complaint that aims to collect money from Thomas Clark Bloodstock. Clark’s attorney Tom Miller received a notice Tuesday from lawyers representing MGG notifying him that the complaint against Clark had been voluntarily dismissed.

Last week, MGG amended its civil complaint against Zayat to include several breeding farms and individuals, including Coolmore Stud, Hill ‘n’ Dale and LNJ Foxwoods. MGG has sued Zayat for $23 million after alleging that he defaulted on a loan and was seeking to recoup money from those who had bought horses or breeding rights from Zayat, arguing that Zayat was not entitled to sell off assets he listed as collateral when agreeing to terms with MGG.

The case against Clark involved the sale of the mare Lemoona, who had been racing in California for Zayat. She was sold at Keeneland January for $250,000. The case against Clark appeared particularly weak as he did not purchase the horse and was, instead, the agent representing Rigney Racing, LLC.

“It was some pretty poor lawyering on their part not to have done any due diligence and seen that I was not the owner of the horse,” Clark said. “They could have saved me some money.”

Miller said that even had Clark been the purchaser of the horse, MGG would not have had a case against his client.

“The law is 100% clear in Kentucky that a Thoroughbred horse that sells at auction sells lien free,” he said. “If you are selling thousands of horses in a year, you would destroy the auction market if that weren’t true. Not only did MGG sue the wrong person because it didn’t sue the owner, they couldn’t conceivably have won because the lien was terminated by law.”

MGG dropped its complaint against Clark just four days after he filed a motion in Fayette (Ky) Circuit Court to dismiss the case against him.

Though each individual complaint will be judged on its own merits, Miller believes Thomas Clark Bloodstock will not be the last company to have MGG’s complaint against it dismissed.

“There are others who have filed motions for dismissal in this matter,” he said. “I believe most, if not all, will be dismissed.”

Clark said that Lemoona will be bred to Quality Road.

Ireland’s Yeomanstown Stud is also among those who are seeking a dismissal of the suit filed by MGG Investments. Yeomanstown purchased El Kabeir (Scat Daddy) from Zayat for $500,000 on Sept. 20, 2017 and MGG is asking the court to return the stallion. MGG claimed in its motion that Yeomanstown and the other plaintiffs played a role in the “fraudulent scheme” orchestrated by Zayat family members “to sell, at a steep discount, several millions of dollars of Zayat Stables’ assets” that had been pledged as collateral for $30 million in loans.

“We feel we shouldn’t be involved in this,” said Yeomanstown owner Gay O’Callaghan. “We’ve had the horse for almost three years. I have no other comment.”

In a motion filed in Fayette (Ky) County Circuit Court, an attorney for Yeomanstown maintains that the farm did not commit any type of fraud or take any action to conceal the purchase of El Kabeir. It also maintains that the statute of limitations has expired and that under Kentucky Statutes, MGG “may not assert a claim based on security interest prior to obtaining a judgment against the Zayat defendants.”

El Kabeir had a productive career racing for Zayat and won the GII Kentucky Jockey Club S., the GII Gotham S. and the GIII Jerome S. His first crop are now yearlings and his stud fee is €8,000.