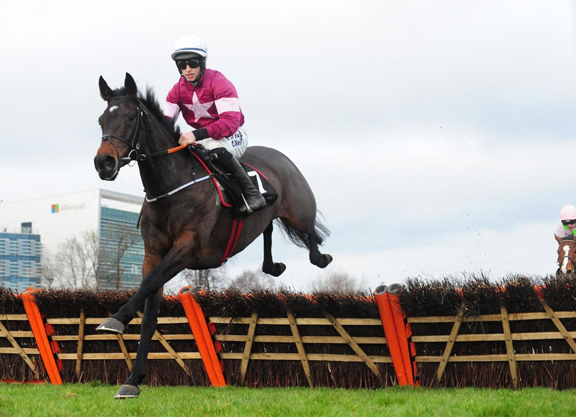 Retired in March of this year, Apple's Jade, who is in foal to Walk In The Park, will be offered by Gigginstown House Stud as Lot 515 Thursday, Dec. 10.

The winner of 15 career races, the 8-year-old became the first mare to achieve 11 top level victories, including the Mares Hurdle at Cheltenham in 2017, the 2019 Irish Champion Hurdle, and three consecutive wins in both the G1 Hatton's Grace Hurdle at Fairyhouse and G1 Frank Ward Memorial Hurdle at Leopardstown.

“Apple's Jade is a very special mare,” said Gigginstown Racing Manager Eddie O'Leary. “She was the first mare ever to win eleven Group 1 races, a feat now matched only by the great Enable, and we hope that she can mirror what she achieved on the track through her broodmare career.”

“Gigginstown has never been about having a National Hunt breeding programme which is why she will be offered for sale at Goffs in December. Apple's Jade could be ultimate blue hen for any serious National Hunt operation”.

Goffs Group Chief Executive Henry Beeby added: “It is an honour for Goffs to offer a mare of the calibre of Apple's Jade.  On behalf of all the Goffs team, I would like to thank Gigginstown House Stud for entrusting this exceptional mare to us, which is a wonderful endorsement of our December Sale.”