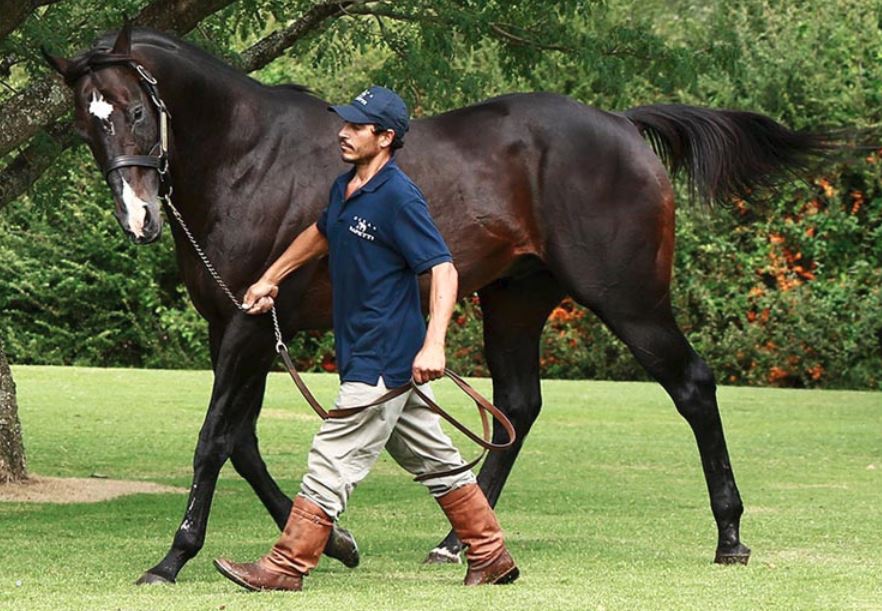 Honour and Glory (Relaunch–Fair To All, by Al Nasr {Fr}), who posted a stunning victory in the 1996 GI Metropolitan H. (see below) just weeks after finishing well up the track behind Grindstone (Unbridled) in that year's GI Kentucky Derby, has passed away in Uruguay after suffering a broken femur while on his way to his paddock. He was 25 years old.

A $125,000 Keeneland September yearling turned $410,000 Barretts March juvenile, the bay graduated by better than 10 lengths at first asking at Saratoga for trainer D. Wayne Lukas and Michael Tabor and won the GII Breeders' Futurity at Keeneland before closing the season with a fourth behind Unbridled's Song as the favorite in the GI Breeders' Cup Juvenile at Belmont Park. Eighteenth after setting a strong pace in the Run for the Roses, the Overbrook Farm-bred sat just off wicked fractions in the Met and posted a one-length victory. Also successful in the 1996 GII San Vicente S. and in the GII King's Bishop (video) S.–defeating Elusive Quality and Distorted Humor–Honour and Glory was retired after making 17 starts and earning $1.2 million over two years at the races.

Retired originally to Ashford Stud, Honour and Glory's first crop included Carl Pollard's Caressing, upset winner of the 2000 GI Breeders' Cup Juvenile Fillies and the dam of 2017 Eclipse Award-winning 3-year-old West Coast (Flatter). Having shuttled to Australia and later to South America, Honour and Glory sired 71 black-type winners, of which 29 were group/graded winners, including Put It Back, Keyed Entry, Battle Won and One and Twenty. Caressing was his lone top-level winner in the Northern Hemisphere, but he was responsible for another half-dozen Group 1 winners in Argentina and Peru. In addition to West Coast, Honour and Glory figured as broodmare sire of eight G1/GI winners, including Buster's Ready (More Than Ready) and Bigger Picture (Badge of Silver) in the U.S.

Honour and Glory covered 63 mares in 2017 at Haras Rapetti in Uruguay, about an hour north of Montevideo, and had 60 mares booked to him for the upcoming breeding season.

WATCH: Honour and Glory's determined win in the 1996 Met Mile