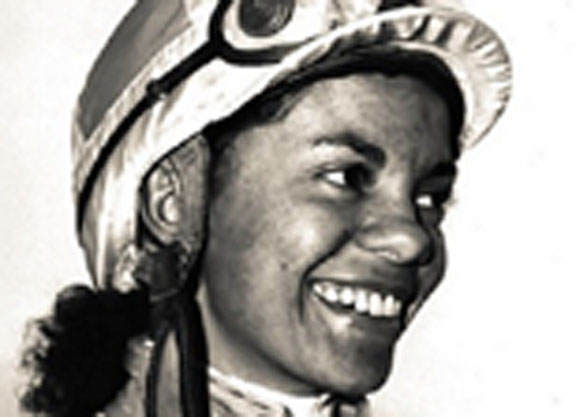 A memorial to celebrate the life of Cheryl White, the nation's first black female jockey, will be held at Thistledown Oct. 18.

White died Sep. 20 at age 65 at her Ohio home after a brief illness, according to published obituaries.

On June 15, 1971, at age 17, White made history as the first African-American female jockey in America when she rode Ace Reward at Thistledown. She rode her first winner September 2, 1971, at Waterford Park on Jetolara, becoming the first black woman in the country to win a race.

Her breakthrough rides made newspaper headlines in her home state of Ohio, and White graced the cover of Jet magazine, the most influential African-American publication of its time.

White was born into a horse racing family. Her father, Raymond White, Sr., was an accomplished Thoroughbred trainer, and her mother, Doris, owned racehorses.

White earned an academic scholarship to attend Bowling Green State University and was planning on becoming a math teacher. But she decided to pursue her equine passion for a little while, and then attend college. That “little while” ended up lasting 21 years in the saddle.

In a profile published six months ago on the website BetChicago, White said her parents' initial support for her career choice was mixed.

“They encouraged me, but with my father being in the horse business, he wasn't exactly in favor of female riders,” White said. “My dad was just old school and didn't believe, like many old timers, that women belonged around the racetrack. There was a time when women weren't even allowed on the backstretch after five o'clock. But my parents didn't try to talk me out of it, either.”

White moved her tack west in 1974, but had difficulty breaking into California's ultra-competitive Thoroughbred circuit. She stayed though, after finding success as an in-demand rider for Quarter Horses, Paints and Appaloosas at the state's county fairs. According to the BetChicago story, she topped the rider standings and earned the Appaloosa Horse Club's Jockey of the Year in 1977, 1983, 1984 and 1985, and was inducted into the Appaloosa Hall of Fame in 2011.

White won the final race she rode July 25, 1992, at Los Alamitos Race Course, and then became accredited as a racing official. She worked at various tracks in Ohio until shortly before her death.

White is survived by her brother, Raymond White, Jr., plus a number of nieces and nephews.

“Cheryl was never a great self-promoter, and wasn't concerned with the politics of racing,” said Raymond White, Jr. “She just did her thing. She didn't understand what she had accomplished. I don't know that she understood her significance, or place in history.”

White's family is creating a permanent memorial foundation in her honor to help inspire and introduce horses, riding, and other aspects of the racing industry to children who are underprivileged and at risk. You can donate to it here.