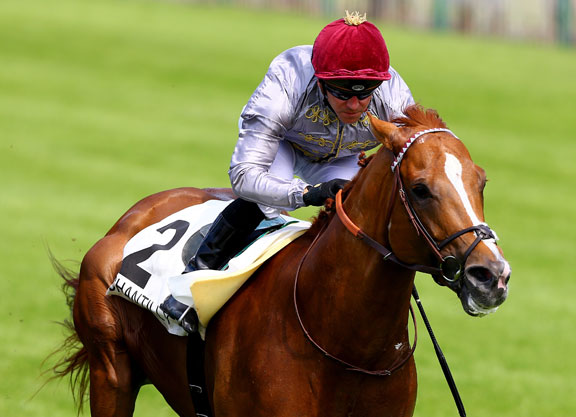 Al Shaqab Racing's G1SW Mekhtaal (GB) (Sea The Stars {Ire}–Aiglonne, by Silver Hawk) will stand at Haras de Bouquetot in France next year. A winner of the G1 Prix d'Ispahan in 2017 and the G2 Prix Hocquart the year prior for early trainer Jean-Claude Rouget, the 5-year-old was runner-up in both the GII Nijinsky S. and GI Northern Dancer Turf S. at Woodbine this year for new trainer Graham Motion. Also placed in the 2017 Prix d'Harcourt and 2016 G3 Prix du Prince Orange, Mekhtaal's record stands at 13-3-5-0 and earnings of $448,444.