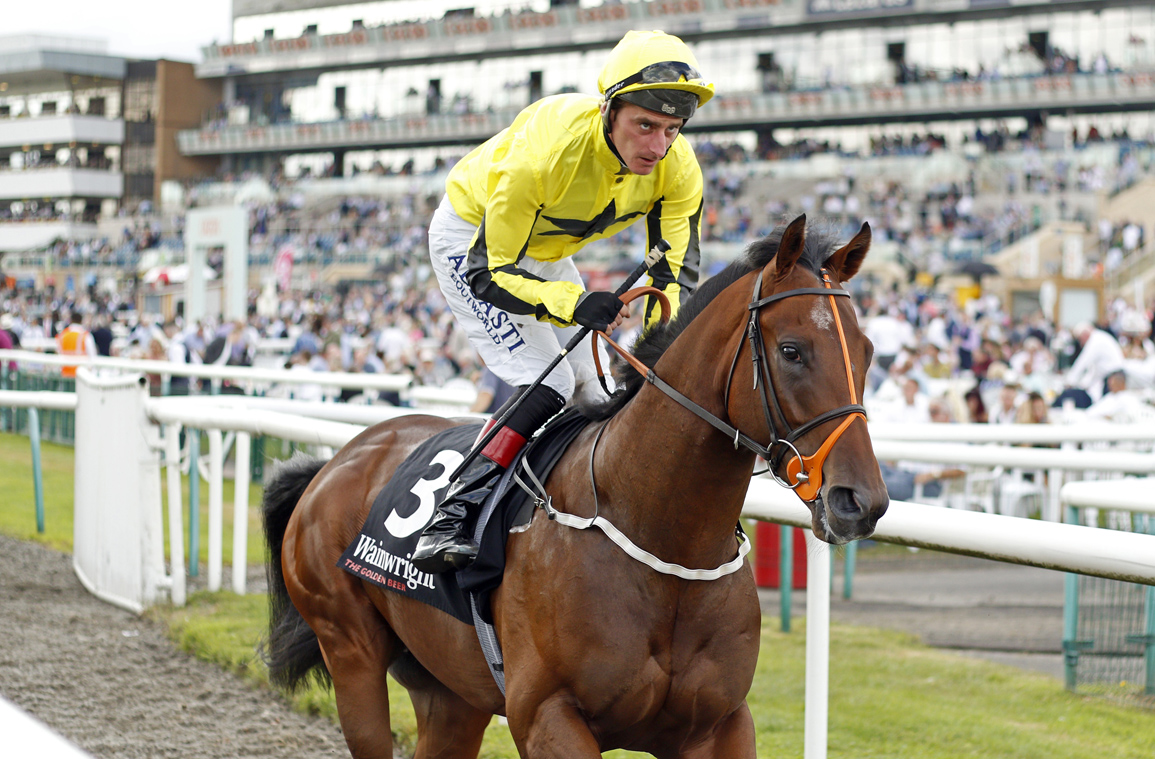 Saeed bin Mohammed Al Qassimi's 2-year-old colt Caturra (Ire) (Mehmas {Ire}) rebounded off a runner-up finish in last month's Listed Roses S. at York to swoop late for a career high in Friday's G2 Wainwright Flying Childers S at Doncaster. The April-foaled bay, who had earlier finished a close-up seventh in Royal Ascot's June 15 G2 Coventry S., made a stakes breakthrough with victory in Newbury's July 16 Listed Rose Bowl S. next time and posted a last-of-seven contesting Goodwood's July 29 G2 Richmond S. in his penultimate start. Caturra, competent from the gates, was settled at the tail of the field by Adam Kirby until beyond halfway in this five-furlong dash. Stirred into action soon after passing the quarter-mile marker, the 7-1 chance was relentless under continued inside the final furlong and kept on strongly to deny G1 Prix Morny fourth Armor (GB) (No Nay Never) by a neck in the dying strides.

“That was fantastic and brilliant Adam [Kirby] got there,” beamed winning trainer Clive Cox. “I wish I wasn't stood at the furlong pole and had been closer to the line as I was a bit worried when he passed me. I didn't think he was going to get there, but he's always shown us a pleasing turn of foot. He showed more of a versatile approach than we imagined so I'm really pleased. From a management point of view, his laid-back temperament is a big asset and I've never had a sprinter with such a sober approach. He's so laid back he had a lay down when he arrived at the races here today. He's got a wonderful mind and lot of speed. We just had to fine tune how we were riding him as he was using up a little bit too much too early. He does get six [furlongs] and, ridden this way, he's switching off so well in his races we can think about that as well. I don't think there's any doubt he's done it really well today. His turn of foot was amazing and to do that over five [furlongs] is very special.”