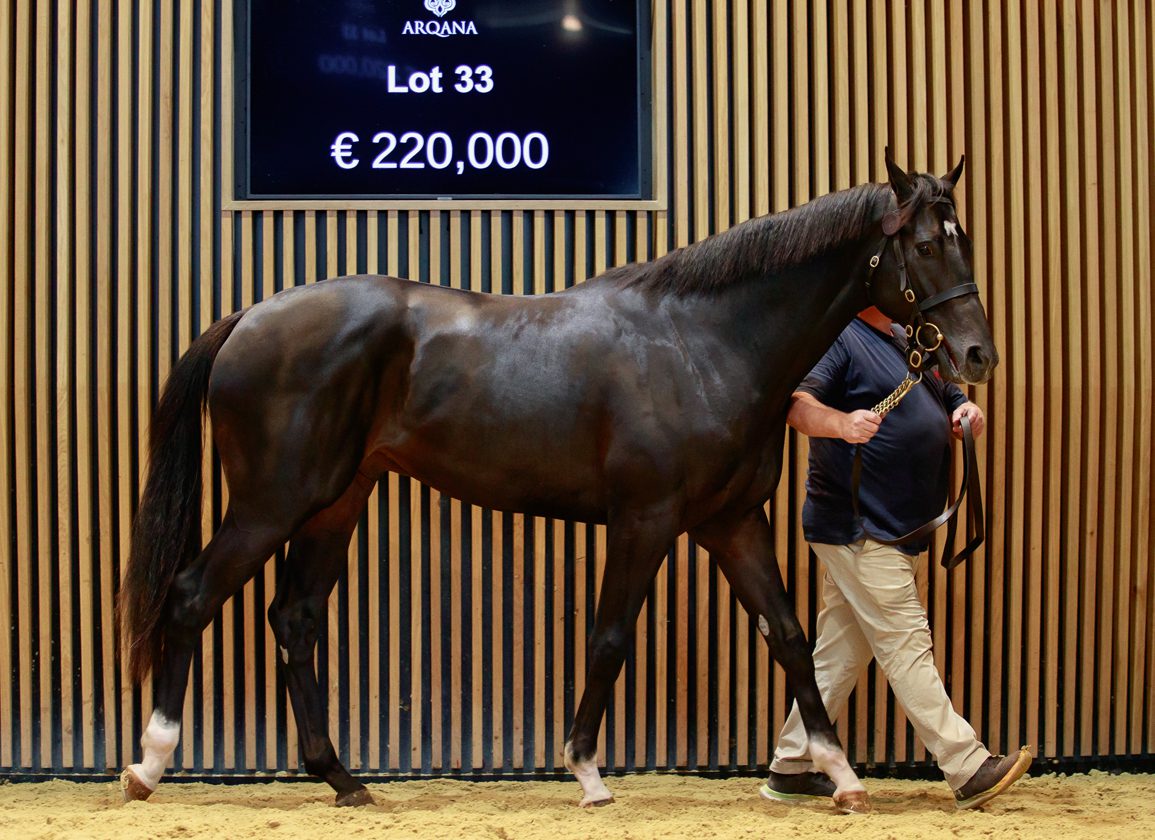 A son of Medaglia d'Oro (lot 33) topped the first session of the Arqana Summer Sale at €220,000 in Deauville on Thursday.

“He's a lovely colt by Medaglia d'Oro, a stallion that has had a lot of success in Saudi Arabia,” said the agent. “We've been following the colt for a while already, and we went to see him in Ireland a month ago and really liked him. We're very happy with the purchase.”

Out of the Listed Marble Hill S. third So Stylish (Johannesburg), herself a half-sister to G1 Phoenix S. and G1 National S. hero One Cool Cat (Storm Cat), he is from the same family as the Group/Grade 1-placed duo of Savannah Dancer (Northern Dancer) and her daughter Sha Tha (Mr. Prospector). He previously brought $62,000 at the Fasig-Tipton Kentucky October Yearling Sale Stateside.

The second dearest lot of the day during the breeze-up portion was a colt by Exceed And Excel (Aus) (lot 72) out of the Intikhab mare Duquesa (Ire). Bozzi was in action once again, this time shelling out €110,000. From the Knockanglass Stables consignment, the bay is a half-brother to the listed-placed Born To Be (Born To Sea {Ire}), while his granddam, Love Of Silver (Arctic Tern), won the G3 Prestige S. in the UK and took third in the G1 Prix Marcel Boussac.

Leading the buyers' sheets for Flat-bred fillies, was another American-sired juvenile in lot 69, who is by the former shuttle stallion More Than Ready. A half-sister to the GIII Whitmore S. runner-up Tulane Tryst (Into Mischief) and from Mocklershill, she caught the eye of BBA Ireland and Yulong Investments at €77,000. Her dam is a half-sister to the stakes winner and Grade III-placed Abraham (Distorted Humor), while under the third dam is three-time Grade II victress and GI Go for Wand H. bridesmaid Miss Isella (Silver Charm).

Store horses were also popular on the day with seven lots making six figures alongside the two Flat-bred juveniles. Of those seven, four were by Doctor Dino (Fr), with lot 114 the only other lot besides the Medaglia d'Oro colt to breach the €200,000 barrier. Knocked down for €210,000 to Bridge Consignment Ltd, the gelded store hails from the Jean-Marie Callier consignment. His dam, Miss de Champdoux (Fr) (Voix du Nord {Fr}) won at the Grade 2 level over jumps during her racing career.

“He's a lovely horse,” said Marius Cyprès of the colt who will bear the colours of a new French partnership including the family of Thierry Cypres. “He walks very well and comes from a great family. I know him well–I saw him grow up, so I am very happy. We've bought him for a new French partnership including my father and he'll stay in training in France.”

The second and final session of the Arqana Summer Sale will start at 11 a.m. with breeding stock and horses-in-training.