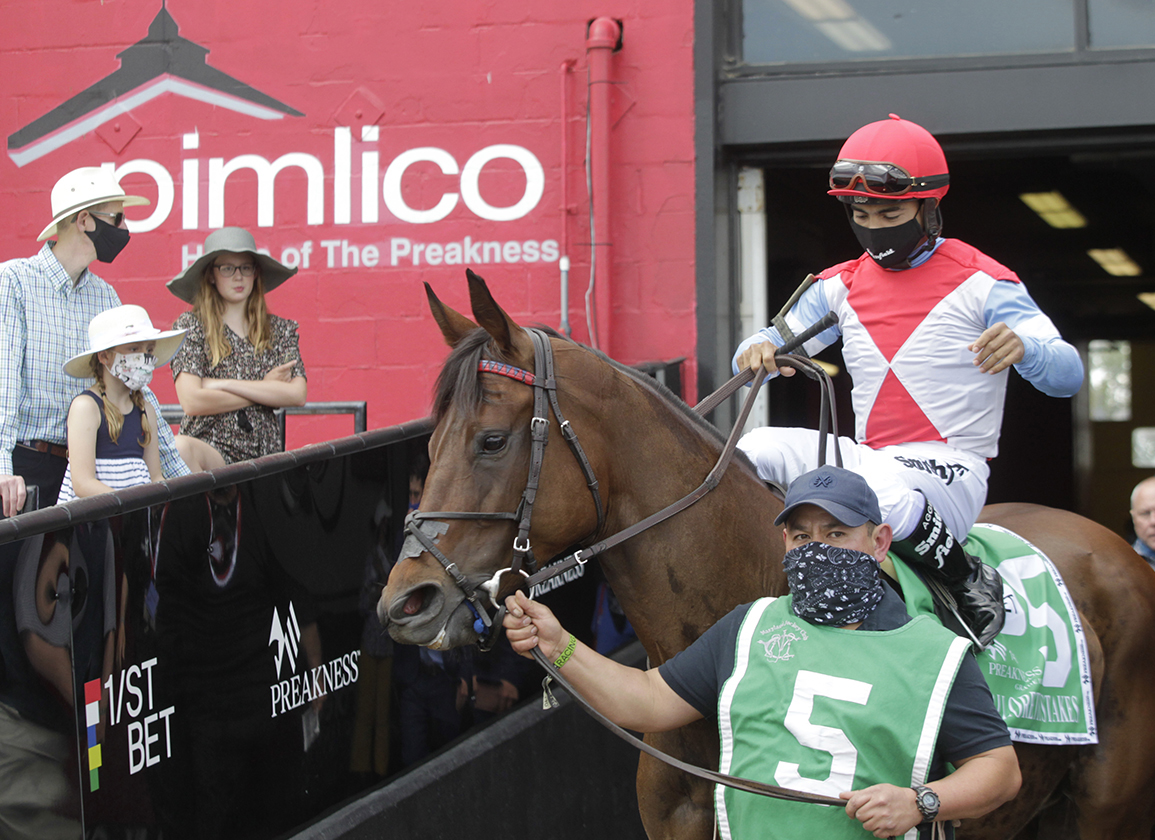 Alex Campbell's Mean Mary (Scat Daddy), who dominated last year's GII New York S. by a front-running 5 1/4 lengths, faces 10 rivals as she seeks to defend her title in the 1 1/4-mile race at Belmont Park Friday. The 5-year-old mare was beaten just a neck when second to Rushing Fall (More Than Ready) in the GI Diana S. at Saratoga last summer and vied for the lead before tiring to seventh in the Nov. 7 GI Breeders' Cup F/M Turf. She went wire-to-wire to win the GIII Gallorette S. at Pimlico May 15 in her 2021 debut.

“It's coming back a little quick, but I felt she had an easy go of it [in the Gallorette] and we can use that as more of a prep to get us to this race,” said trainer Graham Motion. “Her win was impressive, although we sort of had it handed to us. For me, it was perfect for her to have an easy go of it in her first race back. It worked out really well.”

Peter Brant's My Sister Nat (Fr) (Acclamation {GB}), who chased Mean Mary home in last year's New York S., takes another shot at the race this year. The bay mare returned from her runner-up effort in the New York to win the Aug. 8 GIII Waya S. before second-place finishes behind Civil Union (War Front) in the GII Glens Falls S. and GI Flower Bowl Invitational. She concluded 2020 with a ninth-place effort in the Breeders' Cup F/M Turf and opened her 6-year-old campaign with a fourth-place effort in the May 1 GII Sheepshead Bay S.

“It was a tough beat in the Flower Bowl, just missing a Grade I for this wonderful family, so we wanted to try again in a Grade I at some point this year,” trainer Chad Brown said of the decision to keep the mare in training this year. “In her past, she has needed a race to get going and seems to get better as the year goes on. I'm not totally surprised by her last effort that she sort of needed one. She's come back and worked well and is going to move forward, but she's going to need to.”

“She's doing well,” Brown said. “She ran really well here in April in her first start, winning over a mile and a quarter. She is talented.”

“She is in very good order right now,” trainer Arnaud Delacour said. “It's been an uneventful prep and she came back very well from the Sheepshead Bay. She's on schedule, training very well and I'm very happy with how she's coming up to the race. There's a question mark on the ground, if it is too soft, and I always feel that a fast track is what she prefers.”

“A lot depends on the pace scenario,” he added. “Mean Mary and Harvey's Lil Goil (American Pharoah) will be very tough, but our filly likes Belmont and is comfortable there because she's very European in the way she runs, still. She needs a long stretch to get balanced and if we can get good or good-to-firm turf, I think she's going to be OK. It's definitely a good race.”