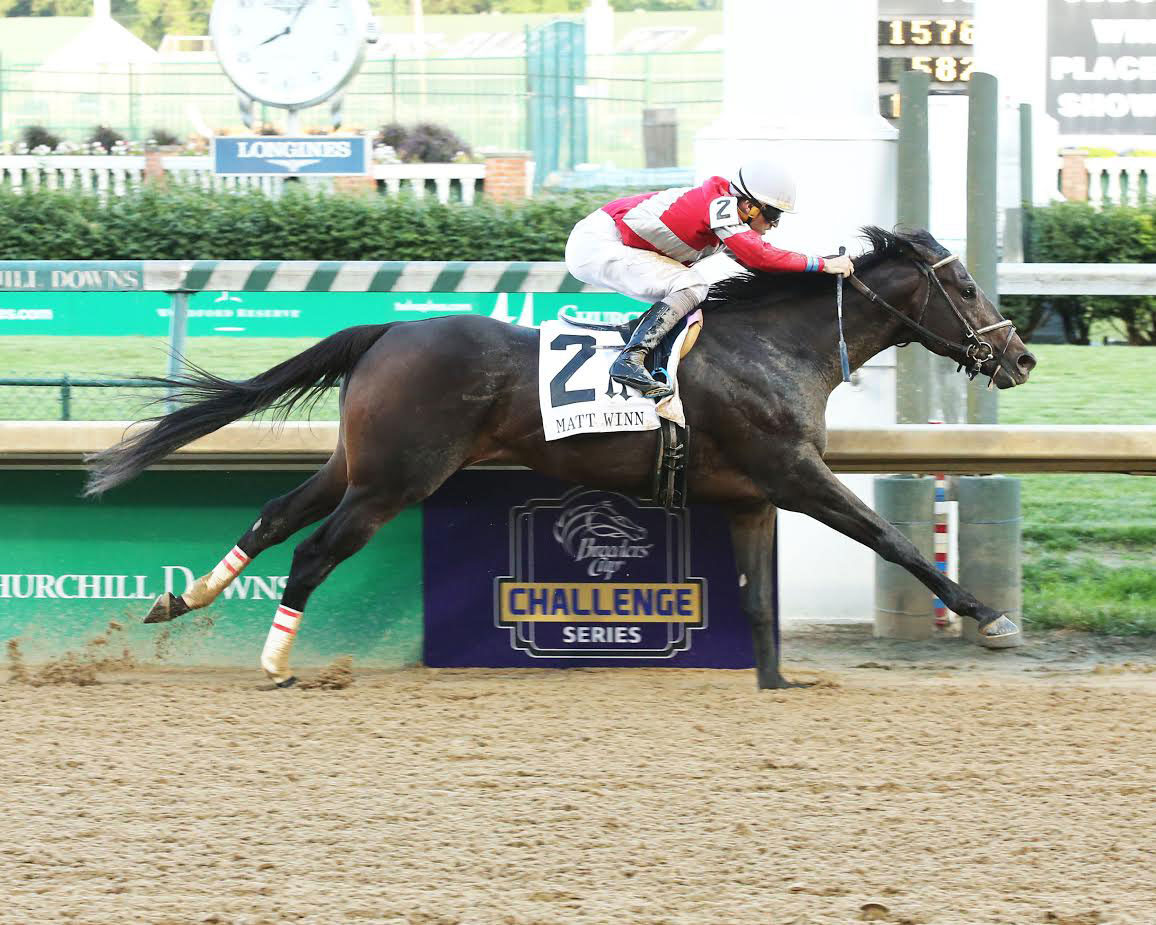 “All was good. I’m very pleased,” trainer Ian Wilkes said of Wednesday’s work. “He galloped out good and when he came back, he wasn’t blowing. So, I’m very happy with him.”

Wilkes said McCraken will work once more before the Midsummer Derby.

“We’ll play it by ear. There’s no set plan,” said Wilkes. “We’ll probably come back with some type of work next week. When or where, I’m not quite sure yet, but he’s where you want to be right at this stage.”

Unbeaten in three starts as a juvenile, McCraken’s sophomore season has seen its ups and downs. Beginning with a win in the GIII Sam F. Davis S. at Tampa Bay in February, the colt went a bit off form and endured some tough racing luck when third in the GII Toyota Blue Grass S. Apr. 8 and eighth in the GI Kentucky Derby May 6. Bouncing back with a score in Churchill’s GIII Matt Winn S. June 17, the dark bay made a sweeping, wide move to seize command in the stretch in the Haskell before being tagged late by Girvin. The pair will likely get a rematch in the Travers.