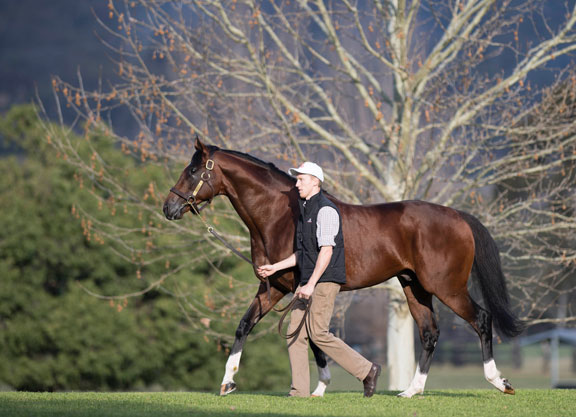 The G1 Japanese 1000 Guineas is on Apr. 11, and Shigeru Pink Ruby (Jpn) (Maurice {Jpn}) punched her ticket for that Classic affair with a neck victory in the Hochi Hai Fillies' Revue over 1400 metres on Sunday.

Sent off at 13-1, the chestnut perched in a tracking sixth as Paul Neyron (Jpn) (Orfevre {Jpn}) carried the field into the single bend. She faced a wall of horses to get through turning into the home straight, but she burst in between horses late and nailed new leader Yoka Yoka (Jpn) (Squirtly Squirt) narrowly on the line. Minnie Isle (Jpn) (Mikki Isle {Jpn}) rounded out the trifecta another length behind. Favoured Opal Moon (Jpn) (Victoire Pisa {Jpn}) was dead last for much of the race, but made up some ground late on to take ninth.

A Hanshin debut winner over 1400 metres, Shigeru Pink Ruby was unplaced in the G1 Hanshin Juvenile Fillies in December and Sunday was her 3-year-old bow.