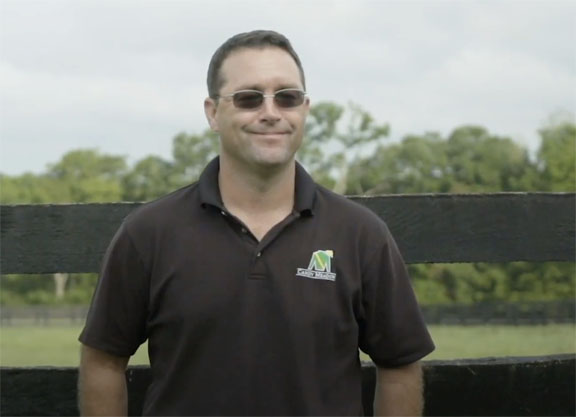 Congratulations to Matt Lyons, a finalist in the Leadership Award in Breeding category of the Thoroughbred Industry Employee Awards (TIEA), presented by Godolphin. A native of East Galway, Ireland, Lyons graduated from the Equine Science and Business program at the University of Limerick. He began his stateside employment with the late Gerry Dilger at his Dromoland Farm over two decades ago. After stints at Taylor Made Farm, ClassicStar Farm, and Woodford Thoroughbreds, Lyons has been a part of Candy Meadows, an arm of Everett Dobson's Cheyenne Stables, as its senior vice president and chief operating officer since 2018.

Among the words describing Lyons on his TIEA nomination were, “Coach. Teacher. Honest. Trustworthy. Respected.”

Click for the video feature on Lyons done by TIEA.

A total of seven award categories will be honored by TIEA for 2020. Maria Cristina Silva of New York Thoroughbred Horsemen's Association (NYTHA) has already been announced as the winner of the Community Award, while the winners in the other categories will be announced live in a virtual ceremony hosted by Jill Bryne and streamed at the TDN homepage Thursday, Nov. 5, at 12:00 p.m. ET. All finalists will be spotlighted in TDN in the days leading up to the ceremony.