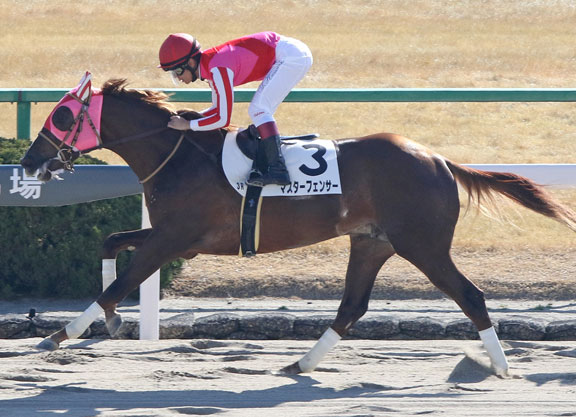 Master Fencer has been at Keeneland since finishing sixth in the GI Kentucky Derby May 4. With exercise rider Yosuke Kono aboard for trainer Koichi Tsunoda, the 3-year-old jogged about two laps on the training track before heading to the main track to breeze.

“(Kono) did a stop and go, so he can see how (Master Fencer would) respond for the (start of the race),” said representative Mitsuoki Numamoto, who translated for Kono. “He did that twice, and he responded well. The breeze, he did the Japanese way. We start really slowly for maybe two furlongs but then have a strong finish.”

Kono said he is satisfied with how Master Fencer has progressed during his time at Keeneland. “He’s been getting better all the time,” he told Numamoto. “He eats well, and he trains well.”

A two-time winner in his native Japan, Master Fencer finished second in the Mar. 31 Fukuryu S. prior to his effort in the Derby.