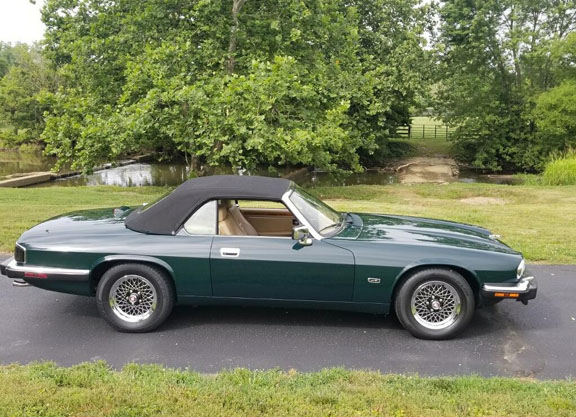 The Marylou Whitney Collection Auction, benefitting The Saratoga Backstretch Clinic, will kick off at midnight, Monday, July 27 and continues through Saratoga’s Whitney Day, Saturday, Aug. 1, at 11:59 pm. The auction benefits the new building that will be the future home of the backstretch medical clinic operated at Saratoga Race Course by Saratoga Hospital and the Backstretch Employee Service Team.
Included among the personal remembrances of the philanthropic icon known as the ‘Queen of Saratoga’ is a 1992 Jaguar XJS Convertible in British Racing Green with tan leather interior, featuring a V12 Engine and under 36,000 miles.

Originally, the auction list featured Marylou’s 1985 red Jaguar XJ6, however, upon pre-auction inspection it has been removed and replaced with her “Kentucky Jaguar.”
For more information and to register in advance visit www.marylouwhitneycollection.com.