Mare of the Moment: Lucky Clio 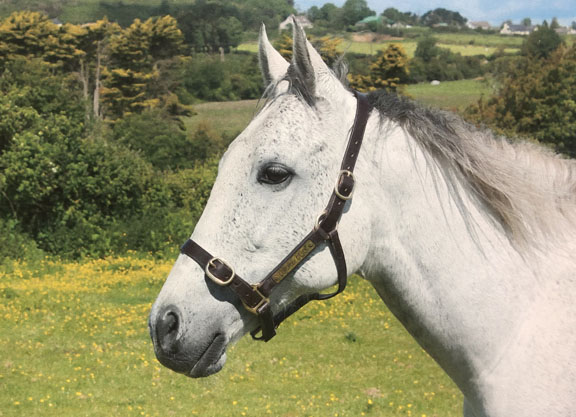 Mare Of The Moment is a new TDN feature that looks to highlight the success of a broodmare and give her and her owner recognition for those achievements. In association with the Irish National Stud the mare will receive a personalised headcollar and this month Lucky Clio (Ire) (Key Of luck {USA}) is the recipient of Mare Of The Moment.

The start of the flat season is driven forward by Classic hopes and Royal Ascot dreams. When TDN interviewed Matthew Houldsworth after Phoenix of Spain (Ire) (Lope De Vega {Ire}) had a racecourse gallop on Newmarket's Rowley Mile we were only getting half the story of the hopes that rested on the three-year-old colt's shoulders. For while the story of his owners, Tony Weschler and Ann Plummer, was enough to have you in his corner heading into the Irish 1000 Guineas, it was the stories that emerged after that really cemented him as true Classic winner.

Phoenix Of Spain is out of the Key Of Luck mare Lucky Clio who is owned by the Faeste family. Mrs Cherry Faeste is down as the official breeder of Phoenix Of Spain and although Mrs Faeste was able to see the grey colt win twice as a 2-year-old, she sadly passed away before he was second in the G2 Champagne S. The story of how Lucky Clio came to be part of the Faeste broodmare band is also heartwarming given that bloodstock agent Cathy Grassick applied the knowledge she had learned from her late father, Brian Grassick, to purchase the mare on behalf of Cherry from right under his nose.

Although Lucky Clio is now the dam of a Classic winner, she is also the dam of other stakes horses including Kingsdesire (Ire) (King's Best) and Lucky Beggar (Ire) (Verglas {Ire}) and has a 2-year-old full brother to Phoenix Of Spain who was withdrawn from the Arqana May Breeze-Up Sale as well as a yearling colt by Awtaad (Ire), who looks to re-enter the sale ring later this year after selling as a foal to Tally Ho Stud. Congratulations to the Faeste family and to Lucky Clio for her breeding achievements and on being Mare Of The Moment.