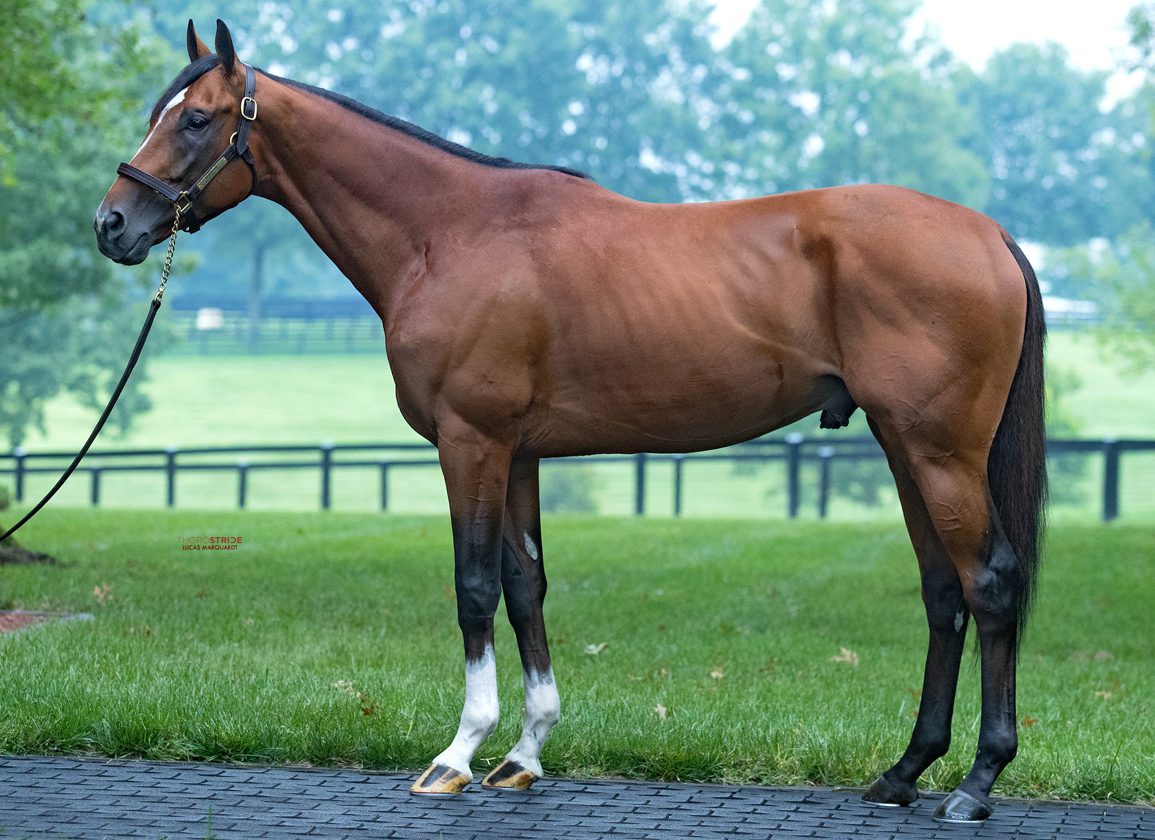 Juddmonte homebred Mandaloun (Into Mischief–Brooch, by Empire Maker), the promoted 2021 GI Kentucky Derby winner, has been retired. He will stand for $25,000 (stands and nurses) at Juddmonte USA in Kentucky.

Tabbed as a 'TDN Rising Star' in his Keeneland debut at two, Mandaloun was elevated to first via disqualification in a roughly run renewal of the GI TVG.com Haskell S. the following season at Monmouth Park. His resume also includes wins in the GII Risen Star S., GIII Louisiana S. and TVG.com Pegasus S. The handsome bay posted a career record of 12-6-1-1 and earnings of $2,096,052.

One of 11 winners at the highest level for his all-conquering sire Into Mischief, Mandaloun is out of Empire Maker's two-time Irish group winner Brooch.

“This horse is the entire package, I don't know that I have seen a better-looking son of Into Mischief,” trainer Brad Cox said. “We knew we had something special right out of the box. He had an exceptional turn of foot yet could carry his speed around two turns.”

“Mandaloun is a true Juddmonte stallion,” said Garrett O'Rourke, General Manager of Juddmonte USA. “He is a gorgeous horse who should offer breeders exceptional value when the time comes to sell their yearlings. We plan to support him in the same manner we did with the likes of Empire Maker and Arrogate.”