Malathaat and Maracuja Rematch in Alabama 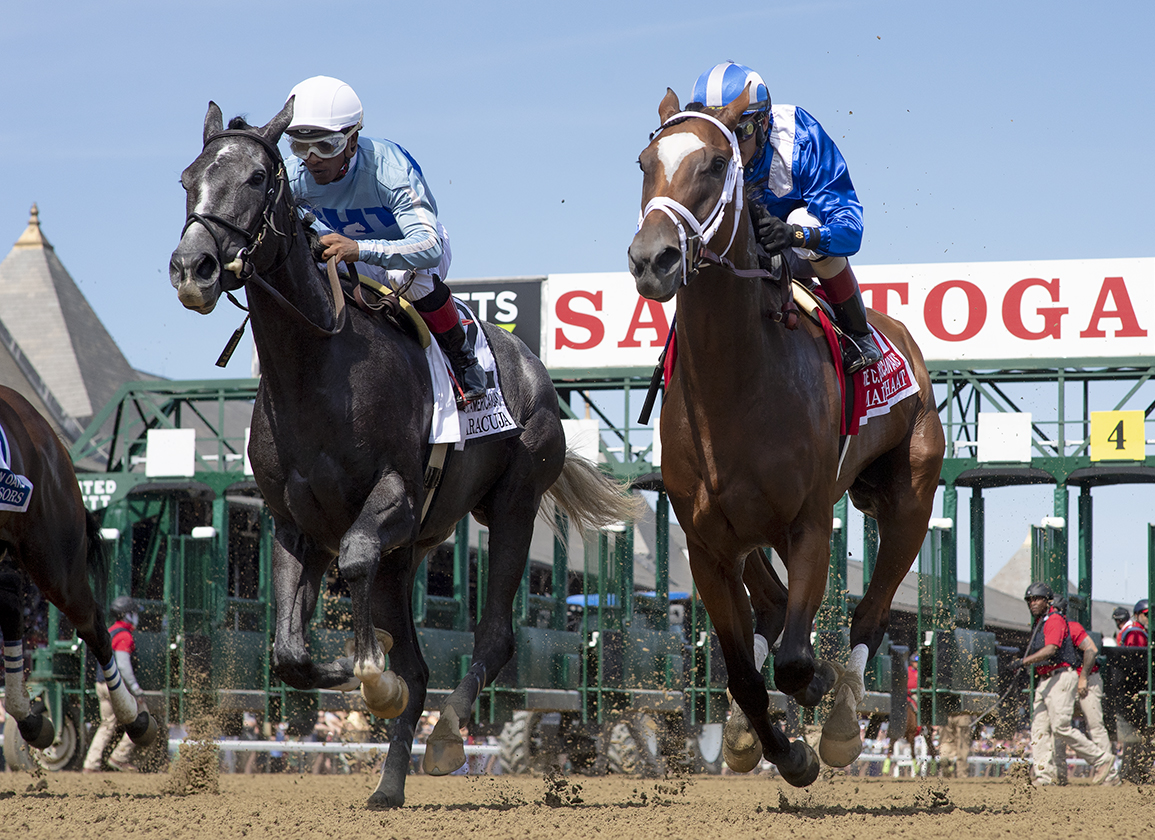 Maracuja (Honor Code) put an end to 'TDN Rising Star' Malathaat's (Curlin) unbeaten record when they last met in Saratoga's GI CCA Oaks July 24. Now that GI Kentucky Oaks winner will try to turn the tables on that foe and return to winning ways as the even-money morning-line favorite in Saturday's prestigious GI Alabama S. going an additional furlong at the Spa.

A perfect three-for-three as a juvenile, capped by a victory in the GII Demoiselle S., Malathaat kicked off her sophomore campaign with a head success in Keeneland's GI Central Bank Ashland S. Apr. 3. The $1.05-million KEESEP acquisition rallied to a gritty victory in the Kentucky Oaks Apr. 30 and led every step of the way in the CCA Oaks before being worn down late by Maracuja to be second by a head.

“I'm hoping that we get on the outside and stay clear. Those other two fillies [Maracuja and Clairiere] just kept tag teaming her and she never had a chance to take a breath,” said Shadwell Stables' General Manager Rick Nichols. “I think the additional distance will be a benefit to her as well. Her pedigree certainly points towards that direction.”

Graduating at third asking at Aqueduct in February, Maracuja was second to GI Acorn S. winner and Oaks runner-up Search Results (Flatter) in the GIII Gazelle S. Apr. 3 and could only manage seventh in the Run for the Lillies. Dispatched at 14-1 in a four-horse field last time in the CCA Oaks, the gray was given an excellent ride from Ricardo Santana, Jr., overtaking the chalk just in time for a breakthrough score.

“When Kendrick [Carmouche] got off her the first time she won he said that he couldn't wait for us to stretch her out in distance. He knew right away,” trainer Rob Atras said. “You always hope for the best, but our goal was always to target the Coaching Club and the Alabama, so it's nice that things are coming together.”

Also exiting the CCA Oaks is regally bred, Grade II winner Clairiere (Curlin). Winner of the GII Rachel Alexandra S. in February, the Stonestreet homebred rallied to be second to Travel Column (Frosted) in the GII Fair Grounds Oaks a month later. Closing strongly to be fourth in the Kentucky Oaks, the daughter of MGISW Cavorting (Bernardini) was third in the GII Mother Goose S. at Belmont June 26 and loomed a brief threat before fading to third in the CCA Oaks.

Ken McPeek saddles a filly worth a look here at a bit of price in Crazy Beautiful (Liam's Map). A decisive victress of the GII Gulfstream Park Oaks Mar. 27, she failed to fire when 10th on the Last Friday in April, but rebounded with a victory in the GII Summertime Oaks at Santa Anita May 30. The gray romped by six lengths last out as the heavy favorite in an underwhelming renewal of the GIII Delaware Oaks July 3.

Also worth consideration to fill out the superfecta is Army Wife (Declaration of War), who exits victories in the GII Black-Eyed Susan S. May 14 and GIII Iowa Oaks July 2.