Majesticperfection Succumbs to Laminitis In Uruguay 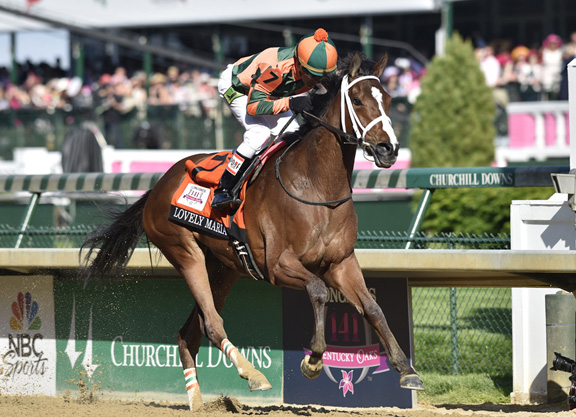 A $25,000 Fasig-Tipton Kentucky buyback as a yearling, Majesticperfection was purchased by Satish Sanan's Padua Stables for $370,000 at OBS April in 2008 and was trained by Steve Asmussen to five victories from six starts, including a track record-setting performance in the 2010 Iowa Sprint H. (six furlongs in 1:07.24) and a 2 3/4-length defeat of the recently deceased Big Drama (Montbrook) in the GI A. G. Vanderbilt H. at Saratoga.

Retired to Brereton C. Jones's Airdrie Stud 2011, Majesticperfection has sired 21 black-type winners to date among his 234 total winners, eight of which have scored at the graded level, including Jones's Lovely Maria as well as Bell's the One, winner of the 2020 GI Derby City Distaff and third in the GI Breeders' Cup Filly & Mare Sprint.

Purchased to continue his career at Rapetti, north of Montevideo, Majesticperfection will be represented by his first 2-year-olds later this year. According to the Uruguyan Stud Book, he covered 39 mares in his first season, 58 in 2019 and 79 in 2020.