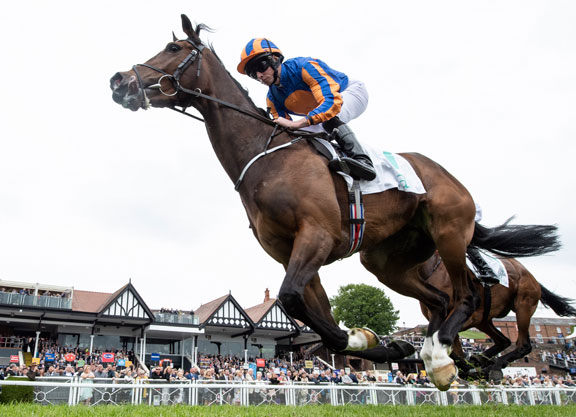 “The plan is to send her to Gulfstream for the same race she ran second in last year,” O’Brien told HRI. “She’s done plenty of travelling and has been very consistent.”

A half-sister to the Classic heroine and Irish highweight Chicquita (Ire) (Montjeu {Ire}), Magic Wand kickstarted her 4-year-old season with a second in last year’s edition to Eclipse Award candidate Bricks and Mortar (Giant’s Causeway). She captured her first Group 1 after a busy campaign when taking the G1 Mackinnon S. just four days after running in the G1 Melbourne Cup Down Under in November. Her latest appearances was a nose second to Win Bright (Jpn) (Stay Gold {Jpn}) in the G1 Hong Kong Cup at Sha Tin on Dec. 8, her 12th start of 2019.