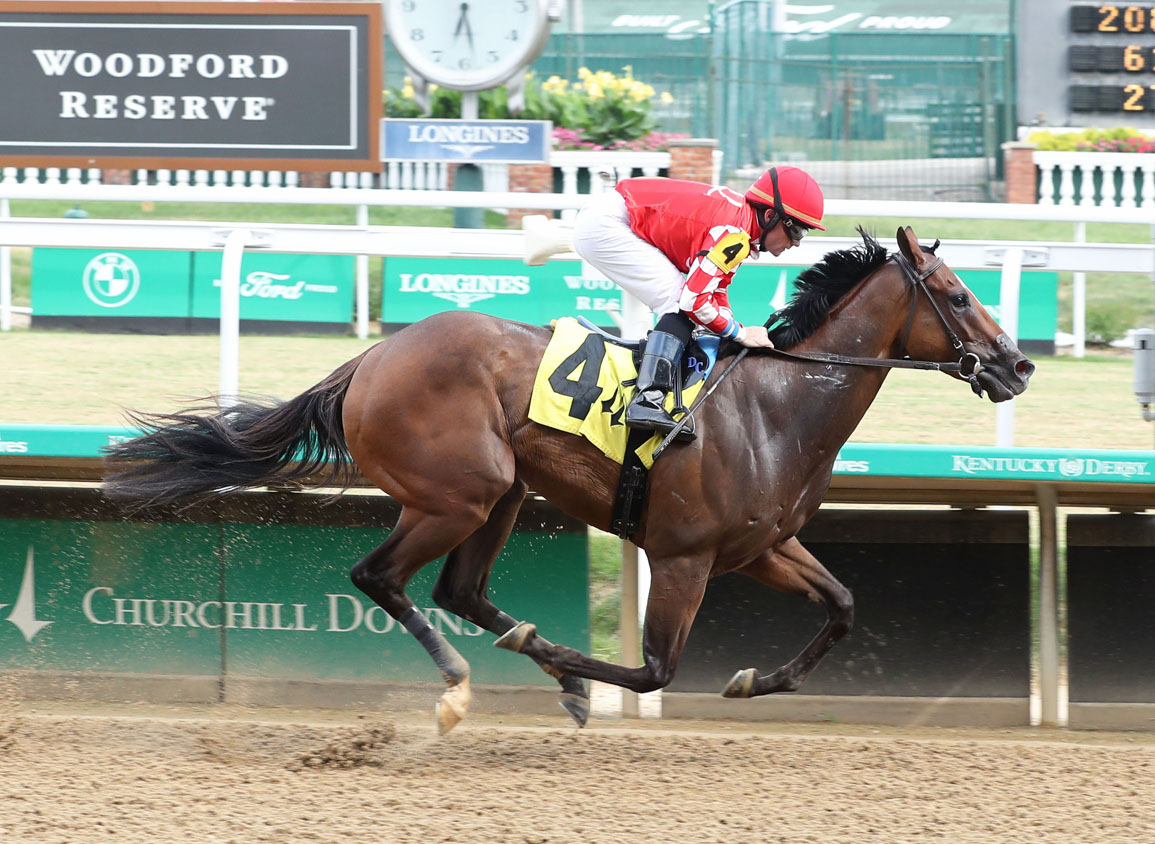 Top of the Charts | Coady

Top of the Charts (Maclean's Music) proved his impressive debut was no fluke with another good-looking score against winners at Churchill Downs Saturday. He wired a six-panel maiden special weight at this oval in his May 28 career bow, graduating by 2 3/4 lengths and earning an 87 Beyer Speed Figure. Gelded after that debut, the bay was the slight second choice at 9-5 ($1.90) behind another son of Maclean's Music named Favorite Outlaw ($1.80), who earned a whopping 95 Beyer Speed Figure for his second-out graduation at Oaklawn in January (click here for story).

The top two choices hustled right to the front and, when Favorite Outlaw insisted on leading the way, Top of the Charts settled right on his heels through a :22.87 opening quarter. The gelding turned up the heat on the pacesetter through a :45.96 half-mile and the two turned for home on even terms. Top of the Charts kicked it into high gear at the top of the lane, bounding clear for a four-length score.

Top of the Charts is the third 'TDN Rising Star' for his sire Maclean's Music. The winner's dam Tiz Ro is a half to two-time Grade I winner Jambalaya (Langfuhr) and SW Riley Ripasso (Johannesburg). The 12-year-old mare is also responsible for the juvenile colt Canboulay (Honor Code) and a yearling filly named Destiny Ro (Lookin At Lucky).