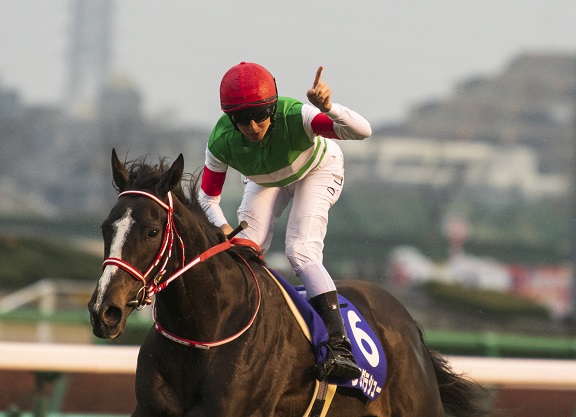 Lys Gracieux (Jpn) (Heart’s Cry {Jpn}), who wrapped 2019 with a trio of Group 1 wins-the June 23 Takarazuka Kinen, Oct. 26 Cox Plate in Australia and Arima Kinen on Dec. 22 back in Japan, was named Japan’s Horse of the Year, as the 2019 champions were announced early Tuesday morning, Nikkan Sports reported. The U Carrot Farm runner also earned the Japanese Champion Older Mare award and beat out 2018 Horse of the Year Almond Eye (Jpn) (Lord Kanaloa {Jpn}) in both categories. Lys Gracieux will be honored at a retirement ceremony after the final race at Kyoto on Jan. 19.