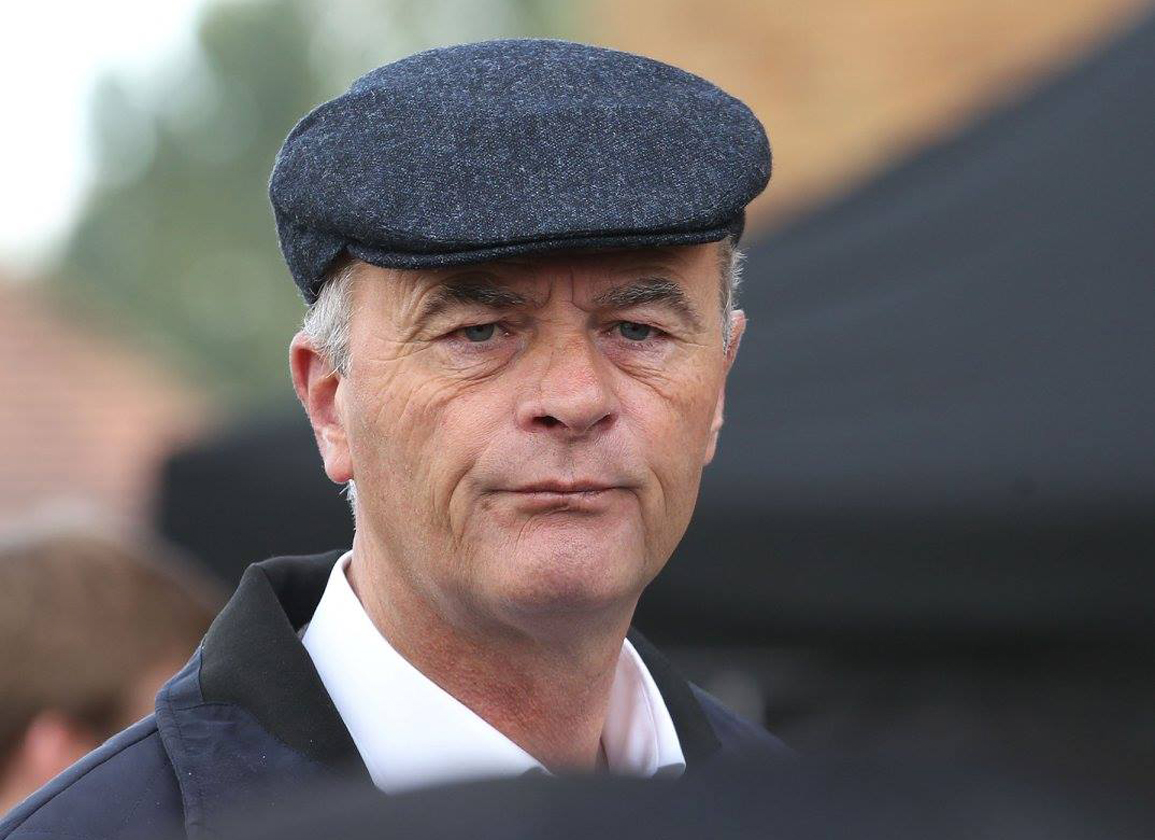 Only Choisir (Aus) and Blue Point (Ire) have managed to win the King's Stand and the Platinum Jubilee in the same year but Eddie Lynam has opened the door to his Group 1-winning sprinter Romantic Proposal (Ire) (Raven's Pass) emulating those legendary speedsters at Royal Ascot next month and is eyeing an audacious tilt at the double.

Romantic Proposal showed blistering speed in winning the G1 Flying Five S. at the Curragh last season and, despite treating the Listed Woodlands S. at Naas like a piece of work on her comeback, the star sprinter will not run again before the royal meeting and will be kept fresh by Lynam.

“We were delighted with her comeback and decided to leave it at that with her because we're trying to keep her fresh for Royal Ascot,” Lynam told TDN Europe on Tuesday.

“She has entries in the King's Stand and the Platinum Jubilee and we're going to bring her over there fresh. We'll run her on the Tuesday, all going well, and then we'll see how she recovers. If we're happy with her, she will take her chance on the Saturday as well.”

Lynam added, “If you mind them when they are young, they can pay you back in spades when they get older, but that's easy for me to say as I have the owners who will let me do that. She was never going to be a 2-year-old and has developed from being a premier handicapper to making the big jump last year at five.

“You could say that she has improved again judging by that Naas performance as, while it probably wasn't the strongest listed race ever run, she was very impressive.”

Romantic Proposal can be backed at 10-1 for the King's Stand while odds of 16-1 are available for the Platinum Jubilee. According to Lynam, the King's Stand is the preferred target for the mare, who will only back up if her main assignment goes to plan.

He explained, “I'm not saying she can do the double but it's tempting. I was going to do it before with Sole Power (GB) (Kyllachy {GB}) but I didn't because he wasn't equally as good over six furlongs as he was over five. We won't back her up unless we're happy with her.”

Lynam added, “The King's Stand is the preferred target of the two and it's shaping up to be a real international race. Golden Pal (Uncle Mo) was very impressive in America recently so if he shows that sort of form we could be in trouble as he would be difficult to beat.

“Nature Strip (Aus) (Nicconi {Aus}) also has to be respected, as does any Australian sprinter, given the history of Choisir, Starspangledbanner (Aus) and all the rest of them. The Queen looks like she has a good one [King's Lynn (GB) (Cable Bay {Ire})] and Ireland will be well-represented with A Case Of You (Ire) (Hot Streak {Ire}) so it looks a top race.”

Should Romantic Proposal shine on the biggest of stages, she would once again highlight the prowess of Lynam's daughter Amy, who pinhooked the Clipper Logistics-owned star as a foal.

Amy was also responsible for sourcing Soffia (GB) (Kyllachy {GB}), who won a Group 2 for her father, and plans on capitalising on the recent run of success by making a go of it as a bloodstock agent.

She explained, “I'm over the moon with what Romantic Proposal has done. From her and Soffia before that, I am hoping to pick up some orders for the yearling sales. I always thought that being a bloodstock agent would be a great job but didn't know if I'd be any good at it. Thanks to the two of them, I might try and give it a go.”

Lynam added, “I bought a brother to Mums Tipple (Ire) (Footstepsinthesand {GB}) at the November Foal Sale at Goffs last year and the plan is to pinhook him. He's very nice and is the only one I have at the moment but I'd like to try and fill a few orders if I can. I wanted to prove that I was good enough to do it first before I started spending people's money.”