Luxembourg Back On Top In Curragh Comeback 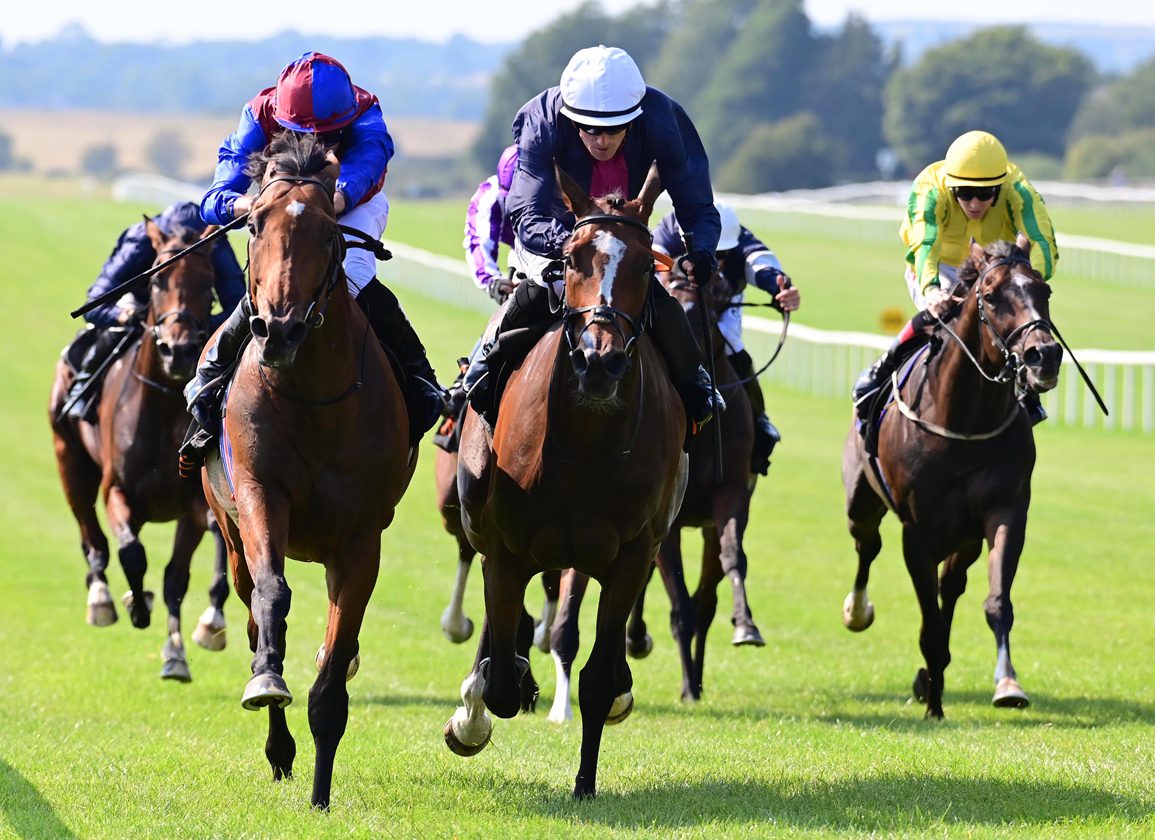 It may not have been the wide-margin success prohibitive odds of 2-9 might have implied beforehand, but Westerberg and Coolmore's G1 Futurity Trophy hero and G1 2000 Guineas third Luxembourg (Ire) (Camelot {GB}–Attire {Ire}, by Danehill Dancer {Ire}) was on the comeback trail from his storied muscular woes in Saturday's G3 Fitzdares Royal Whip S. at the Curragh and not only proved his wellbeing, but much, much more with an impressively game performance in the card's 10-furlong feature. The day's star attraction was allowed find his own rhythm and stalked the leading trio within comfortable range from the outset. Inching forward into third approaching the quarter-mile pole, he quickened in style to seize control with 1 1/2 furlongs remaining and rallied gamely under drive when joined by Insinuendo (Ire) (Gleneagles {Ire}) in the latter stages, regaining a neck advantage from that older rival in the dying strides. Insinuendo, in turn, finished 4 1/4 lengths clear of the winner's stablemate Realism (Ire) (Galileo {Ire}) in third.

“We didn't think he'd ever get here, so we're very relieved,” admitted Aidan O'Brien after registering an 11th triumph in the contest. “We thought that he had no chance of running after what happened to him. Everyone did a great job to get him over his first mishap and he was off for a long time. It wasn't smooth with him when he came back and Jamie, who looks after him, did an incredible job. Our eye was on the [G1] Irish Champion and you couldn't go to there without a run and this was the only place we could run. The track was beautiful, it's very difficult to have ground the way it is in this heat, so hats off to the Curragh. First time back we didn't want a grueller because he was only ready to start. It was brilliant really because they didn't go too fast and he had to quicken and run hard for the last two [furlongs], which he'd want to do before going into a big championship race. He's a horse that can go a very high tempo and quicken off it. He quickened today off a slow pace and we know a strong tempo brings out the best in him. Ryan [Moore] said he moved up, got there and just shut down. He's used to doing that in his work, just getting there and coming with horses. We were only going to have one race to sharpen him and then we could take him home and get the rest. I can't tell you how delighted we are with him. Ryan was very good on him. He had to wake him up, make him get down and do it without being too serious on him. He was brilliant at that and he found when he had to find. Going to the line he was coasting again. I thought he would improve 20 to 30 percent from today and, hopefully, now he comes out of it okay.”

Luxembourg wins – but only just!

One-time Derby favourite Luxembourg was made to work mighty hard by Insinuendo in the @Fitzdares Royal Whip Stakes @curraghrace. pic.twitter.com/u0N8J2JEaU