Love Out of Coronation Cup, Will Wait For Royal Ascot 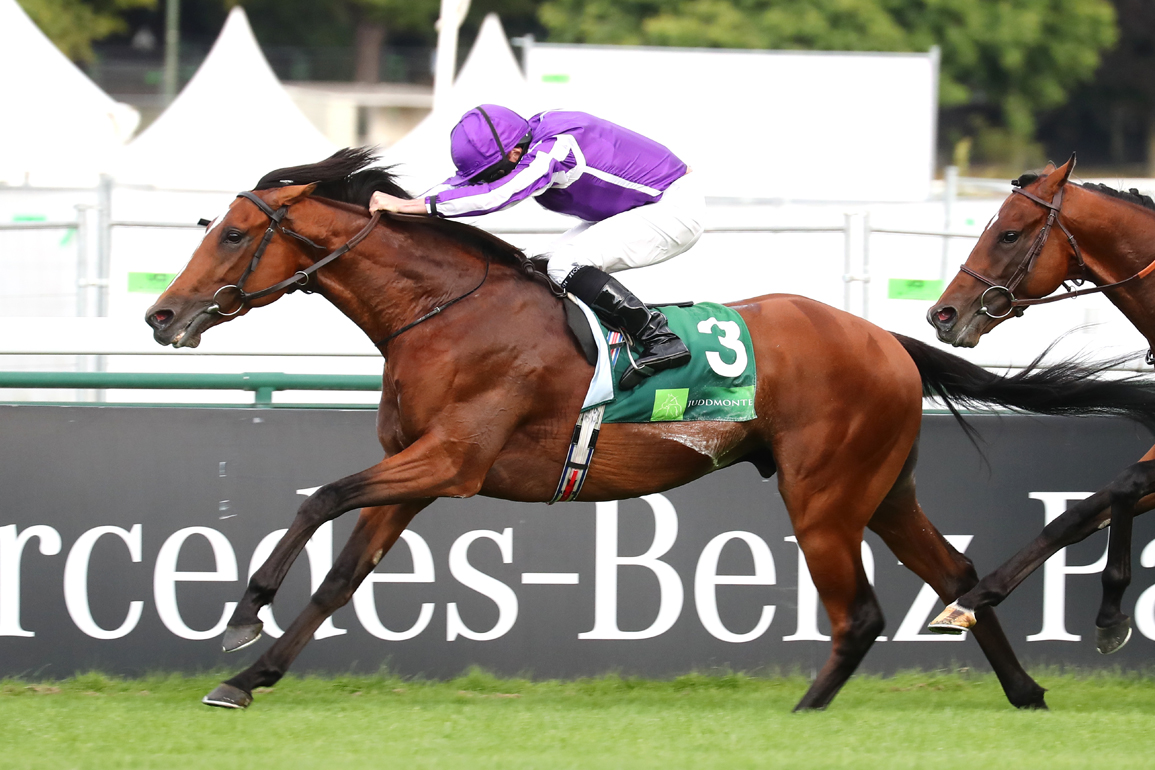 Dual Classic heroine Love (Ire) (Galileo {Ire}) will no longer take part in the G1 Coral Coronation Cup at Epsom Downs on June 4, according to trainer Aidan O'Brien. A winner of the G1 1000 Guineas, G1 Oaks and G1 Yorkshire Oaks, the blaze-faced chestnut has been benched since August as her intended targets keep having unsuitable ground on the day. She will instead point to the G1 Prince Of Wales's S. at Royal Ascot later this month, as she has not made her seasonal bow yet.

“Everything is good with Love,” said O'Brien. “She's wintered well and has been ready to run for a while now. There were some Group 3s at The Curragh and places like that we would have liked to start her off in, but the ground was bad so we didn't, which is why Broome (Ire) (Australia {GB}) filled those slots in.

“She's ready to go. We could have ended up in the Coronation if we'd had a run, but we didn't, so we're thinking about Ascot with her for the Prince of Wales's. She did a half-speed this morning and looked very happy in herself, so we're very happy.

“She should be nice and fresh for the second half of the year. The Arc has always been on her radar, but in an ideal world I don't think we'd like to run her in bad ground, so it would depend on the weather at the time of the year.”

Despite the absence of the filly, O'Brien will still have the Galileo (Ire) full-brothers and MG1SWs Japan (GB), who won the G1 Grand Prix de Paris in 2019 and 2020 Grand Prix de Paris victor Mogul (GB) in the Coronation Cup. The former saluted in the G3 Ormonde S. at Chester on May 6.

“We're very happy with Japan,” added O'Brien. “We started him short [over a mile and a quarter] last year and we think maybe it was too much pressure on him too early and his season kind of fell to bits after that.

“We decided to start over longer this year. Ryan [Moore] thought it would suit him and the trip would help him get happy and relaxed and enjoy it, and we were delighted with his run in Chester. We think he's progressed from the run. Mentally and physically we think he's in a very good place.”

“At the moment we're thinking of running the two brothers,” O'Brien added. “I spoke to Ryan this morning and I'm not sure which he's going to ride–he mightn't be sure even himself yet.”