Love In, St Mark's Basilica Out Of Juddmonte 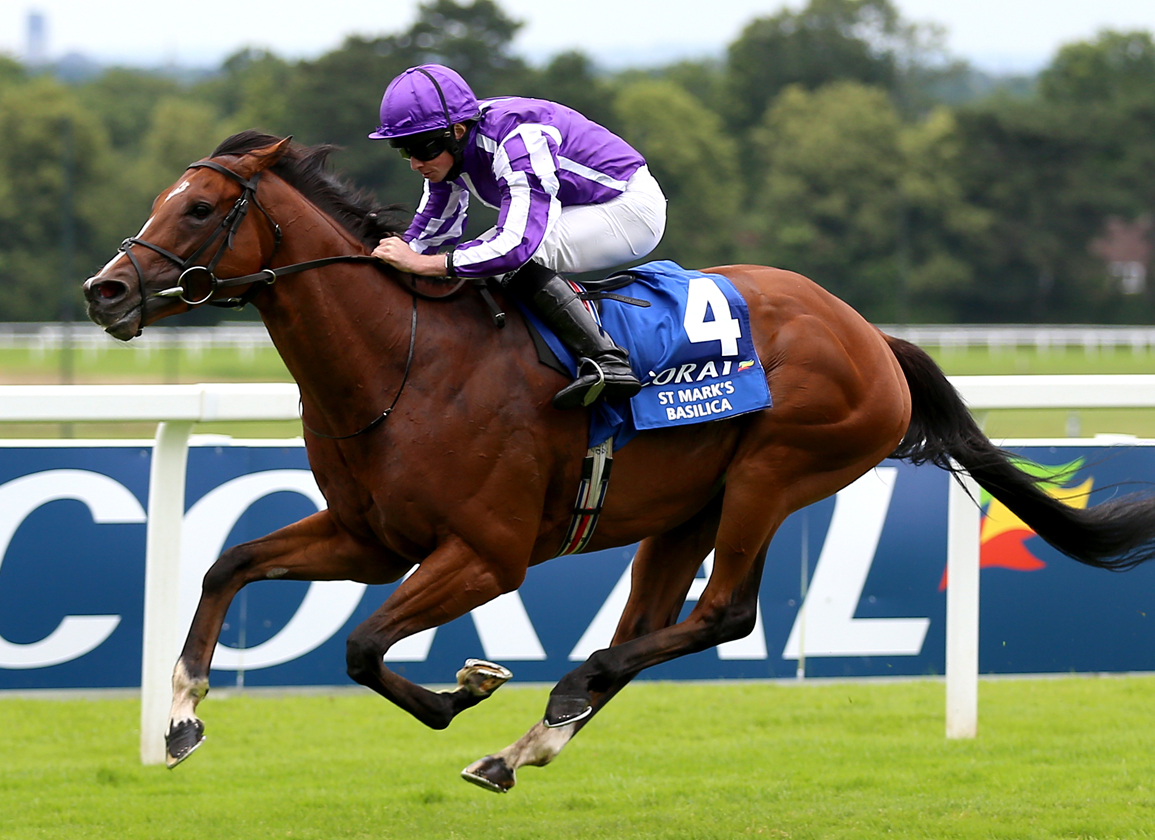 “Yesterday morning he lost a front shoe and it came back and hit his hind leg–his near-hind joint,” the Ballydoyle handler explained on Monday. “We didn't think a lot of it, but this morning there was a little bit of swelling in it and when we took bloods off him, his bloods came back and it was a little bit infected. We were a bit taken aback when we saw it this morning, but when we did the bloods then we didn't have any choice as he needs to go on antibiotics and the antibiotics that he's going to go on obviously he couldn't run on. Hopefully we'll be back on target towards the end of this week and if we are, we'll be able to train him for the Irish Champion.”

Of Love, O'Brien added, “It's four or five days earlier than we'd planned for her–the plan was to go for the [G1 Prix Jean] Romanet on Sunday. When St Mark's came out, we decided we'd let her run here instead.”

Mishriff's jockey David Egan reacted to the news of the withdrawal of his mount's G1 Eclipse S. conqueror later on Monday. “St Mark's Basilica has been outstanding this season. It's unfortunate what's happened–nobody wants that,” he said. “We want the best horses going for these big races. One horse isn't going to make a horse race. Even without St Mark's Basilica, it's still a very strong field and we have a lot of good opposition to take on.”

Mishriff may have come up short behind St Mark's Basilica when third in the July 3 Sandown feature, but he has subsequently run second to Adayar (Ire) (Frankel {GB}), with Love 1 3/4 lengths in arrears, in Ascot's G1 King George VI and Queen Elizabeth Qipco S. July 24. That gives Prince Faisal's homebred G1 Prix du Jockey Club and G1 Dubai Sheema Classic hero the edge on form, but Egan is taking nothing for granted.

“Love is a very special filly. Although she did finish third last time, her previous form is not to be overlooked,” he added. “She was an unbelievable filly at three and looked like a real superstar and I still think she is. She possibly underperformed in the King George and we have to give a weight allowance to a filly that's very, very good, which is not going to be easy. We saw with Enable how strong these top-class fillies can be against the colts. Love is definitely going to bounce back and give us a good race.”

“Everything has gone smoothly–his preparation has been good,” Egan continued. “I was really pleased with how he progressed from the Eclipse to the King George. I thought the King George run was a fantastic run, finishing behind an absolute monster in Adayar, giving him so much weight. We don't need to give the 3-year-olds as much weight in the Juddmonte and I think dropping my lad back to a mile and a quarter will only play to his strengths. If Mishriff can improve as much as he did from the Eclipse to the King George, he's going to be hard to beat.”