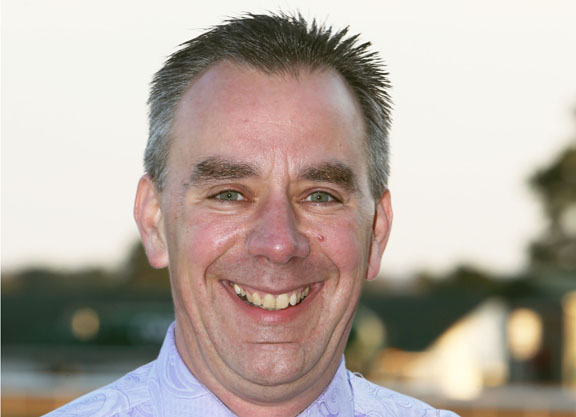 One day after learning he had been exonerated by split-sample test results that negated an original “ridiculous” finding of three serious drug violations in a single mare who won a Nov. 24 race at Delta Downs, trainer Karl Broberg told TDN that Louisiana State Racing Commission (LSRC) officials turned down his offer to have the mare's hair tested while the case was being adjudicated to prove that no Class 1 and 2 drugs were in the system of Tiz One Fee (Tiz the One).

Broberg also said the LSRC has thus far been uncooperative about engaging in any substantial dialogue about how the potentially career-ending false positives might have been triggered, and that regulators have stonewalled his efforts to obtain a copy of the testing contract between the commission and the lab it employs, which is run by the Louisiana State University School of Veterinary Medicine.

Broberg, who is currently second on the continent in training wins for 2021 and led North America in victories every year between 2014 and 2019, said that one of the most maddening aspects of the months-long ordeal was the time he spent trying to figure out if someone had intentionally spiked the food of a mare he knew had not been medicated with the alleged substances-oxycodone (a Class 1 drug, the most severe category according to Association of Racing Commissioners International standards), plus levamisole and citalopram (both Class 2).

“The anguish I went through for the two months waiting for the split to come back, thinking that it could essentially be the end of my training career, speaks for itself. It was [expletive] horrible,” Broberg said.

“My initial reaction was that somebody got me,” Broberg said. “That somebody had done something intentionally, and most likely put it in the feed tub or something like that. So you're going through all of these scenarios wondering who could possibly hate you enough and be a sorry enough human being to do something like that to an animal.”

The Paulick Report first broke the story of the false positives Mar. 8, detailing Broberg's account of how after being notified of the initial results Dec. 28, Broberg sent a check for $3,750 Jan.  12 to the testing laboratory at the Kenneth L. Maddy Equine Analytical Chemistry Laboratory at the University of California at Davis to have the split samples tested for confirmatory purposes.

Broberg said that in addition to being out the cost of testing the split sample, the false positives cost him an opportunity to run Tiz One Fee in the $50,000 Premier Lady Starter S. at Delta Downs Feb. 10, a race in which Broberg said she would have been heavily favored to win.

“No explanation. No apology,” Broberg told TDN. “I wasn't able to run the horse during that two-month time frame. I went to the stewards to offer to have hair pulled and sent off for testing to show that there's nothing in the horse. [They said] that was not an option, that the horse would not run until a ruling had been issued.

“I mean, I've never even heard of a horse testing positive for three different drugs,” Broberg continued. “More than anything, I'm just curious as to how something like this gets to that point.”

Charles Gardiner, the executive director of the LSRC, did not reply to a request from TDN to explain the commission's side of the story prior to deadline for this article.

“I think the laboratory needs to be looked at,” Broberg said. “When they come up with these ridiculous results to begin with, do they immediately send [the findings] off like that, or does common sense come into play? [As in] 'Hey. We should probably run this [test] again.'”

Broberg said he has requested the details of the LSRC/LSU testing contract, “but you would think I'm asking for top-secret information, because there's not much interest in sharing that with me at this point.”

Andrew Mollica, a New York-based attorney, in 2014 helped Hall-of-Fame trainer Bill Mott fight an alleged drug overage case against the New York State Racing Commission on the basis that regulators failed to provide Mott with a split sample he could test. Mollica told TDN Tuesday that Broberg's ordeal underscores not only the need for trainers to be guaranteed the right to split samples, but that commissions need explicit rules that mandate such cases get thrown out when the independent tests come back clean. Mollica said that is still not the case in at least two states that he knows of, New York and New Jersey.

Mollica said even though Mott dropped his civil lawsuit against the New York commission in 2018 and served a negotiated seven-day suspension, the challenges that Mott presented in court helped bring about a protocol change in November 2017 that now gives New York horsemen the option of sending a “referee sample” to an independent lab.

“Broberg's case exemplifies why split samples are essential for due process,” Mollica said. “The denial of split samples is a denial of due process. Broberg didn't do  it. The test proves it. The reality is that jurisdictions, like New York, didn't [provide split samples] for years. And the fact that we were able to at least initiate them now shows that we're on the right track.

“But we're not there yet,” Mollica continued. “The regulation in New York doesn't mandate that you can be exonerated by a split sample. They don't even acknowledge that. New York wants to continue to litigate, even if you prove the [original] test was no good. And New Jersey's even worse. New Jersey goes as far to say in threshold matters, if your threshold comes back under {the allowable amount], the mere fact that we found it, you're guilty.”

Broberg said it was unclear whether he would purse some sort of remedy in the court system.

“I really don't know at this point,” Broberg told TDN. “A simple apology from someone would be a nice start, instead of being treated like you're a crook and [told] you should just be thankful the split came back clean and you should just shut up and go on.”

Asked if he had a message for other trainers based on what he just went through, Broberg said this: “That there's got to be easier ways to make a living in another endeavor.”

After a long pause, he added, “I'm disgusted by the entire thing, if you can't tell.”