Louisiana-bred Picks Up Pieces to Stay Unbeaten in Jersey Girl 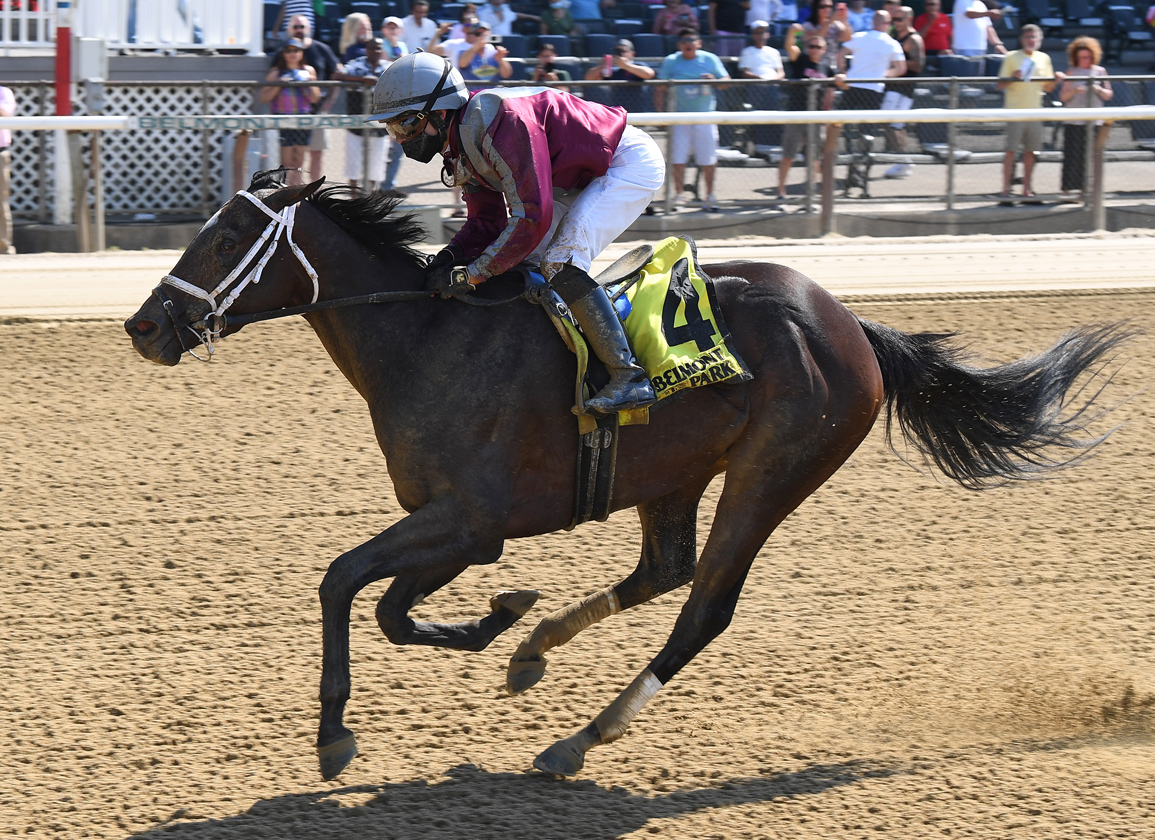 GI Belmont S.-winning conditioner Brad Cox grabbed one more stakes win for the road Sunday as unbeaten Australasia rallied past rivals to earn a first black-type victory out of Louisiana-bred company. An 8 1/4-length MSW winner at Fair Grounds last November, the dark bay reeled off a pair of dominant stakes scores at Delta Downs before annexing the two-turn Crescent City Oaks back in NOLA Mar. 20. She picked up another big check when shortening up for a GI Kentucky Oaks day allowance at Churchill Apr. 30, but was facing four talented foes who each owned a recent figure edge over her.

Australasia caboosed the field early after a brief delay when favorite Miss Brazil broke through the gate. Bella Sofia clicked off splits of :22.55 and :45.68 and the chalk challenged that one in upper stretch as Australasia still had work to do out wide. It still looked like it'd be one of those two to midstretch, but Australasia soon caught the eye and came flying with a well-timed ride to score by a widening margin.

“She broke good and Brad told me to take my time with her,” said winning rider Joel Rosario. “I had to tip her out a little bit and she came with a nice run at the end.

“She covered a lot of ground and was able to get there. For a second, I was worried they had gotten away from me and I wasn't going to be able to get there, but she did it. It was a very good performance.”

Cox added, “Her last two works gave me the confidence to nominate her. Her last two works were phenomenal, not that she's ever been a bad work horse. It worked out. Joel did a great job, saved some gas and let her roll down the lane.

“I'm not sure she's a six-furlong horse. I think things have to set up for her to win going three-quarters. I think she's more like middle distance. I was uncertain she'd be able to compete outside the Louisiana-bred company. Obviously, she won the open '1X' last time but at the stake level, when you cross the Hudson, the water gets deep. She was able to swim though, so I was proud of her.”

As for whether the GI Longines Test S. at Saratoga Aug. 7 could be on the agenda, the Eclipse-winning conditioner said, “Maybe. That could be a race where things could set up for her too.”

The winner, who breezed in :10 1/5 last year at OBSAPR, is out of a half-sister to GSW High Strike Zone (Smart Strike). She has a 2-year-old half-sister named I Have a Deal (El Deal)–who brought $17,000 at Fasig-Tipton Midlantic–and a yearling half-sister named Tap Iron Fist (Iron Fist). Her dam most recently visited One Liner.