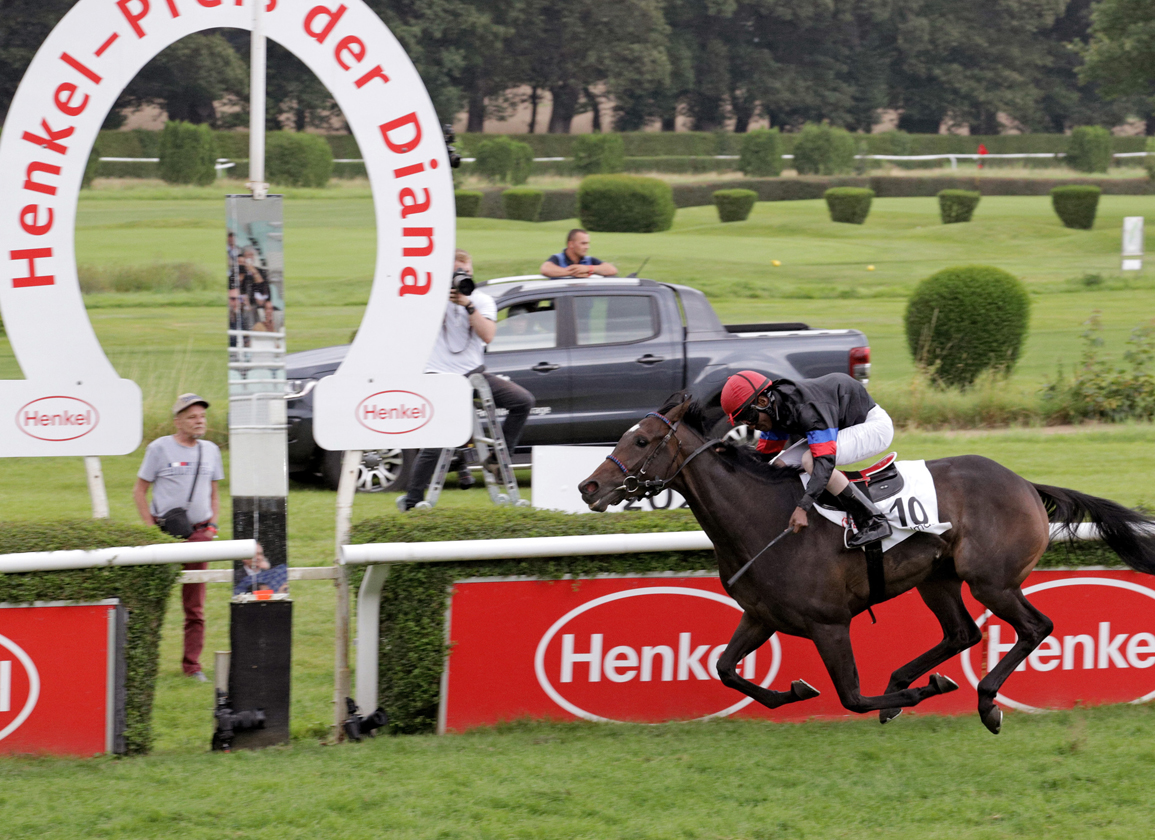 Gestut Etzean's unbeaten 3-year-old filly Palmas (Ger) (Lord of England {Ger}) posted a half-length success in her May 16 debut going one mile at Hannover and doubled her tally when upped to 10 1/2 furlongs for Dusseldorf's June 19 Listed Diana-Trial in her only other start. Sent postward as the 9-2 second favourite back over the same strip for Sunday's 163rd Henkel Preis der Diana – German Oaks, she simply outclassed her rivals to win by daylight for a career high. The homebred bay maintained a rail berth through the early fractions and lobbed along in fourth until improving one spot at halfway. Shaken up to force an opening for her challenge passing the quarter-mile marker, Palmas was soon in command and lengthened clear in impressive fashion to hit the line six lengths ahead of G2 Derby Italiano fourth Isfahani (Ger) (Isfahan {Ger}). Last term's G3 Preis der Winterkonigin victrix Noble Heidi (Fr) (Intello {Ger}) was a length adrift in third.

“This is really overwhelming and I really do not know what to say,” said Gestut Etzean owner Marc Sonnenburg. “We are just so thankful for her.” Etzean manager Ralf Kredel added, “That was a really great performance considering it was only her third outing. She is her dam's last and best foal and this was the fourth Group 1 German Oaks victory for Gestut Etzean in the past 11 years.”