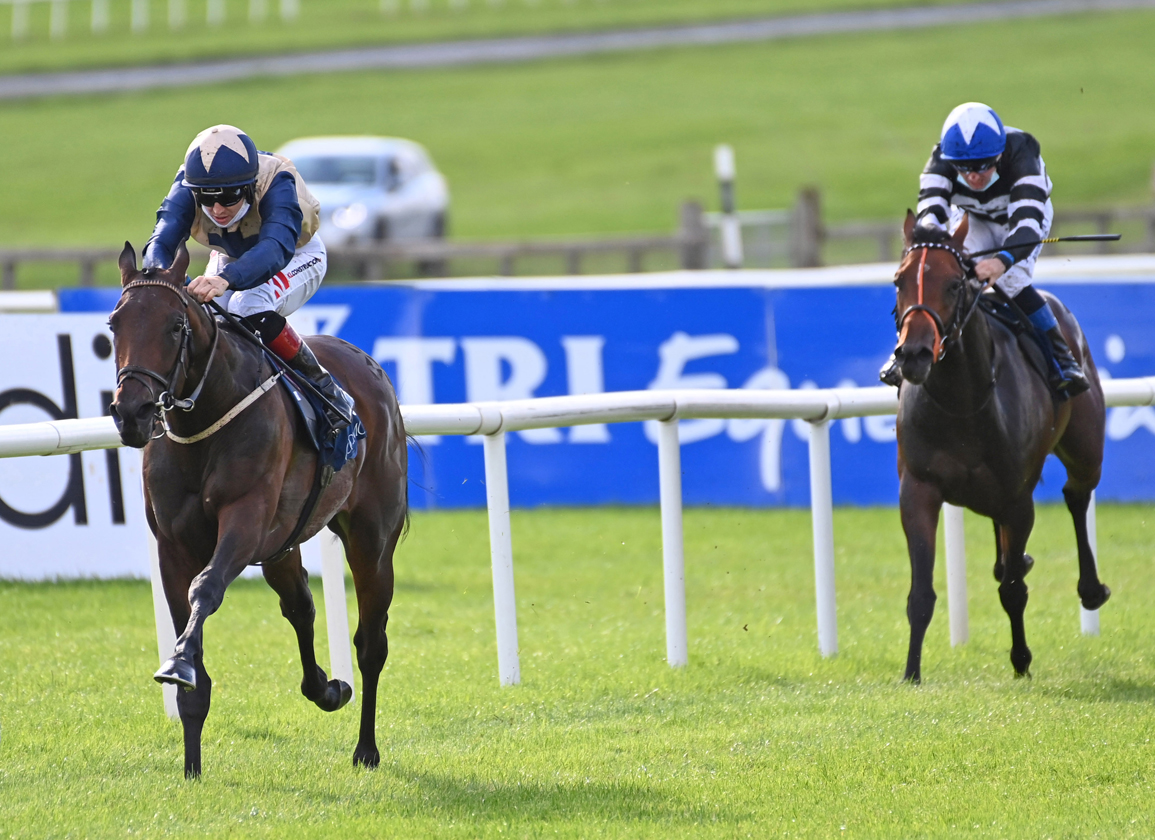 Duke de Sessa is the third Rising Star of the day | Racingfotos.com

Newtown Anner Stud's homebred 2-year-old colt Duke de Sessa (Ire) (Lope de Vega {Ire}) made good, and then some, on the promise of a fast-closing July 26 debut third over seven furlongs at Galway with a blistering performance upped to one mile for Saturday's Coolmore Arizona Irish EBF Maiden at The Curragh. Finding cover along the fence in fifth after a sharp getaway, the 6-4 favourite cruised into contention on the bridle once past halfway and powered clear in hand once gaining an edge at the quarter-mile marker to easily outclass Adonis (Ire) (Siyouni {Fr}) by a mightily impressive 4 3/4 lengths.

“He's a lovely colt, he did what we expected him to do and did that very nicely,” said trainer Dermot Weld after overseeing his second Rising Star performance of the day and sixth for the sire. “He was probably unlucky not to win in Galway, but he's progressed from that and learned from that day. You could call him the winner from a long way down today. He'll have one more run this year in a Group race and I'll speak with Maurice Regan and see which one we'll pick. He's a very smart colt and a lovely horse to look forward to and a potential [G1 2000] Guineas horse for next year.”