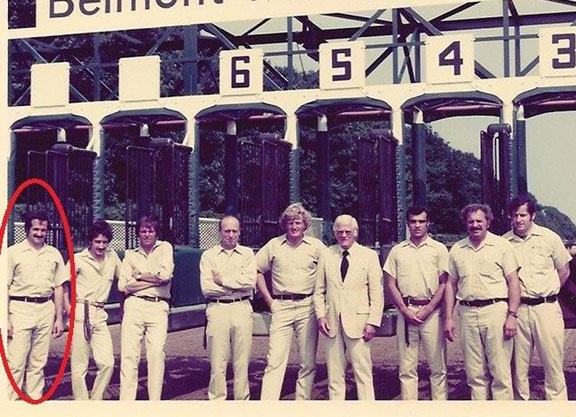 James (Jimmy) Tsitsiragos, a longtime assistant starter at the New York Racing Association, passed away Tuesday, Feb. 16 at the age of 71.

Born Aug. 6, 1949 in Leonia, New Jersey, Tsitsiragos graduated from Leonia High School in 1967 where he was a beloved football legend nicknamed by his classmates as “Zorba the Greek.” He then attended Texas A&M University as a walk-on for the football team and quickly earned a full scholarship under Head Coach Gene Stallings. After graduating with a Bachelor of Arts in Economics in 1972, he began his career as an assistant starter for NYRA, loading horses in the starting gate. He said he loved the “spirit” of the horse and built a stellar reputation within NYRA. He can be seen at the 3:05 mark of this video of the 1981 Whitney H. improbably keeping hold of eventual winner Fio Rito after he broke through the gate.

Tsitsiragos is survived by sisters Christine Tsitsiragos and Paula Tsitsiragos, his adored nieces Stella Tsitsiragos and Nota Tsitsiragos, first cousins Louise Ermides and Maria Tsitsiragos and extended family in Greece. In lieu of flowers, the family suggests donations be made to the Thoroughbred Retirement Foundation to support the care and well being of retired racehorses. Gifts may be made in Jimmy's name by mail at P.O. Box 834, Saratoga Springs, NY, or by phone at (518) 226-0028.

A memorial service will be announced at a later date.