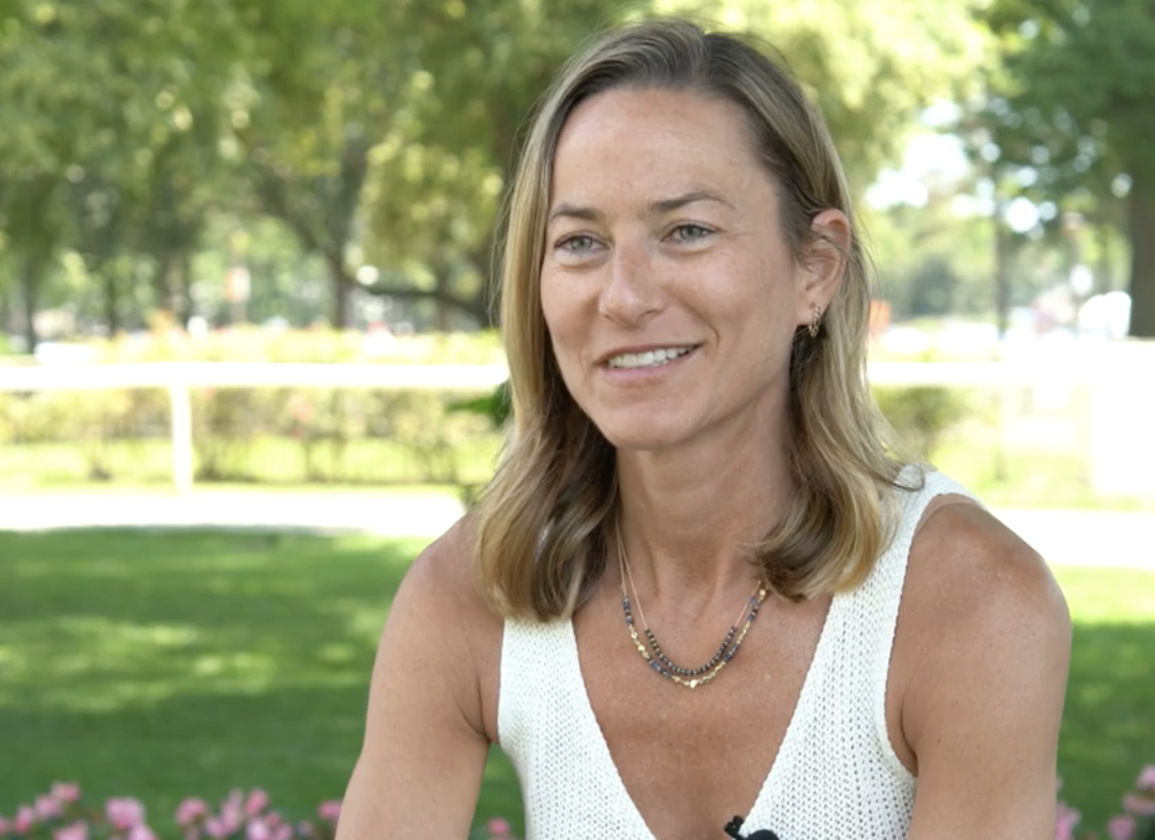 It's been a remarkable few weeks for LNJ Foxwoods and Jaime Roth, with the outfit accomplishing the rare double of graded/group stakes victories in both America and Australia during the month of March. Wednesday, Roth joined the TDN Writers' Room presented by Keeneland as the Green Group Guest of the Week to discuss GII New Orleans Classic S. winner Olympiad (Speightstown), G1 Coolmore Classic heroine Lighthouse (Mizzen Mast), her affinity for naming horses and much more.

“He's always been a horse that showed tremendous ability,” Roth said of Olympiad, who was off for nearly a year before returning last September and has now recorded three straight open-length successes. “He broke his maiden impressively at Saratoga second time out in 2020 and was prepping for the [GI] Champagne after that. Unfortunately in racing, you have minor setbacks, and our stable personally likes to take as much time as we can and show patience, because we feel that will reward us in the end. He's a beautiful, well-bred horse and it's great, not just for us, but for the racing world to see what I think he can become. It sounds like the [May 6 GII] Alysheba is next. We just got his Ragozin number, which was a four-plus, so he's trending in the right way. He's running better numbers, but not so drastic that you have to worry about bouncing, and his numbers line up with top horses like Life Is Good. I'm not saying we are that by any stretch, but we're starting to fit into the picture of top older horses and I'm just so happy for the horse. For me, it's about him showing the racing community his ability and I'm happy he has a chance to do that now.”

In Lighthouse–a stakes winner in America as a 3-year-old in 2020–LNJ Foxwoods has found a budding down-under star, as the gray has picked up five wins and three seconds in eight starts since relocating across the world, culminating in her Mar. 12 Coolmore Classic conquest.

“LNJ is a very think-outside-the-box operation to try to take advantage of new markets and maybe do things that not everyone is doing,” Roth said. “She was a good horse in the U.S., she won the GIII Music City at Kentucky Downs, but after that, again, had some minor setbacks. I don't think a lot of people realize this, but we already had a few mares down in Australia, including one who had a ton of speed but couldn't quite get the distance here. So we had already had a good experience and thought [Lighthouse] would fit–she's got a lot of speed and is a very big, strong-bodied filly, and I think the change in environment was also key. She was a little high-strung here, and sometimes just doing something new, even going to another country, can be the trick. She trains at the beach, she's happy, she swims with dolphins. And now she's a mature, totally different horse. It's been great to see her excel.”

Elsewhere on the show, which is also sponsored by Coolmore, Lane's End, the Kentucky Thoroughbred Owners and Breeders, XBTV, West Point Thoroughbreds and Legacy Bloodstock, the writers analyzed the 2021 numbers from The Jockey Club's Equine Injury Database and NYRA's decision to kick Wayne Potts and Juan Vazquez off the Belmont grounds, then previewed the penultimate major prep Saturday on the GI Kentucky Derby trail. Click here to watch the podcast; click here for the audio-only version or find it on Apple Podcasts or Spotify.